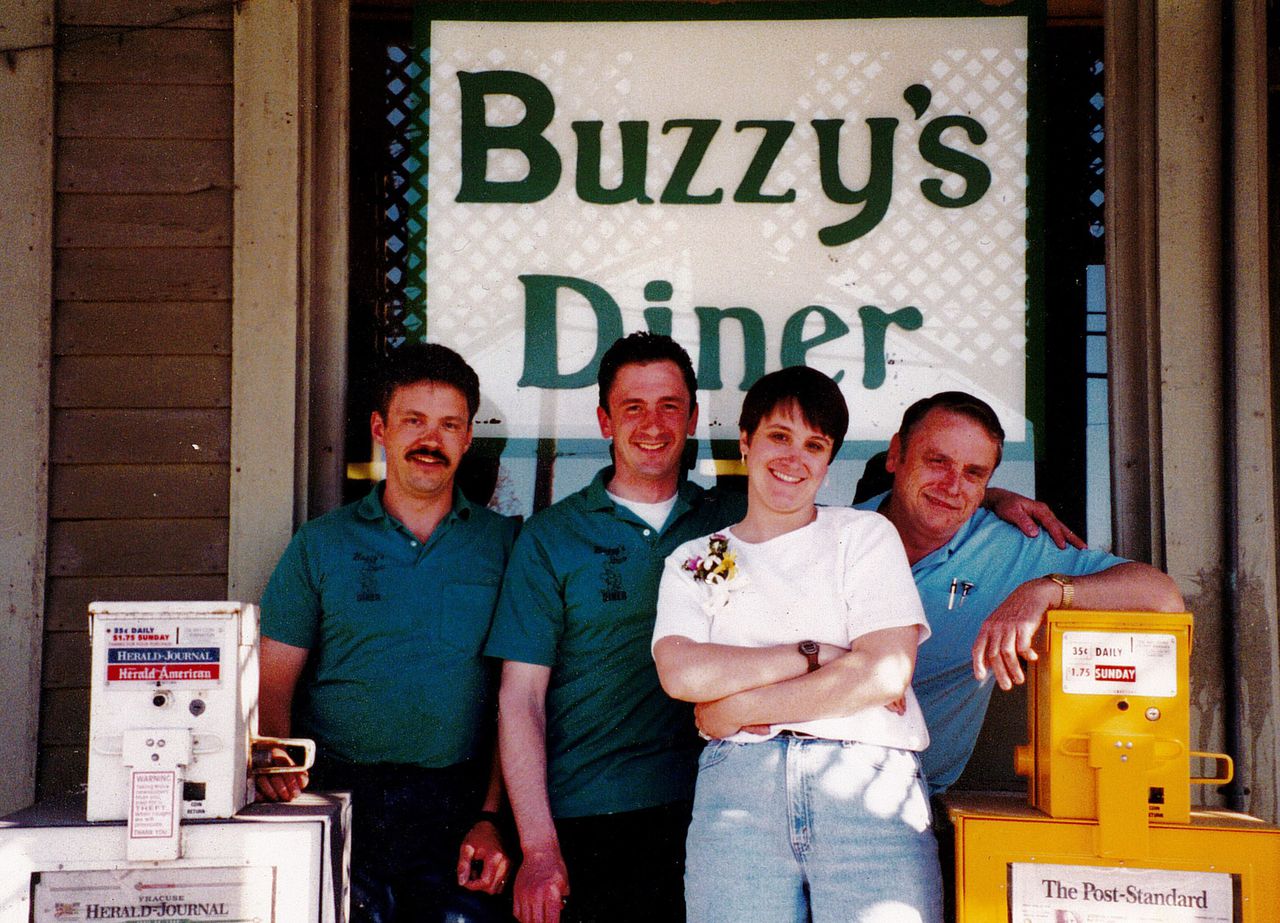 Manlius, NY – Buzzy’s, a popular restaurant that served customers for almost 30 years in the village, closed in 1999.

During its long run, high school students and villagers alike clamored to sit in the restaurant’s signature wooden booths, where “regulars” jostled for seats. Others crammed into the restaurant’s burnt-orange plastic seats to enjoy an omelette or a burger.

Now Buzzy’s is making a return appearance for a special reunion weekend. Its former owners and cooks plan to serve breakfast favorites — and a burger lunch — for diners.

All money, including tips, over the two days will go to benefit the Fayetteville Manlius Food Pantry, organizers said. The Food Pantry provides food for families in the FM School District who need resources.

Lisa DeVeau’s father, George, nicknamed “Buzzy”, operated the restaurant with Lisa’s brother, also named George. Lisa was a waitress and her other brother, Rob, served as cook and dishwasher. His mother, Sue, also worked there.

Lisa remembers it as the best place to be. Along with locals in the village, high school students skipped school to come for lunch, bus drivers stopped for lunch, and entrepreneurs ate breakfast and lunch there, she said.

The restaurant used to be on East Seneca Street in the village, right next to what is now Cafe 119. The building was demolished after the restaurant closed and the reunion weekend takes place at the Manlius Village Recreation Hall at 6 Stickley Drive .

Meals will be served from 5 a.m. to 2 p.m. on Saturday and from 6 a.m. to 1 p.m. on Sunday. The restaurant’s famous fluffy omelets stuffed with ham and vegetables will be served with cheesy scrambled eggs and the Buzzy Burger, which features bacon and creamy blue cheese. The Buzzy muffin – an English muffin with eggs, ham and cheese on top – will also be served. Blueberry pancakes will be on the menu.

The organizers acquired a coffee urn as they used to and ordered the same ground coffee from the Bronx. A breakfast with coffee and tip will cost around $15. It will be cash only this weekend.

Of calf said she was still seeing a lot of restaurant regulars in town and her family was talking about having a reunion.

“When Buzzy’s was open, it was like having another family,” said DeVeau, now 55. That feeling of knowing everyone is something we don’t seem to have anymore.

“So we thought for a weekend that we could get that back,” she said.

The organizers hope to have at least 200 people per day. They will have around 10 to 12 people working, including several original workers – and some of their grandchildren, she said.

Elizabeth Doran covers education, suburban government and development, breaking news and more. Have a tip, comment or story idea? Contact her anytime at 315-470-3012 or by email [email protected]