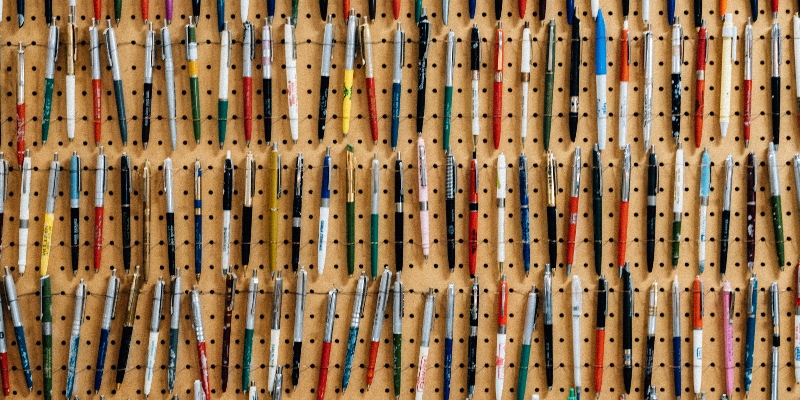 I like to say that I am a television scriptwriter by day and a novelist by night, which is not always literally true (I tend to write better in the morning), but it gets the point across. Over the past six years as a writer’s assistant and writer, I have found a good balance between these two jobs – one is solitary while the other is collaborative, one is free while the other is stereotyped. In both mediums, I build a world, I create characters, I invent plots and twists. However, the process in which they are run couldn’t be more different.

Writing books is the work of one woman. While writing my first novel, Smile and be pretty, I was between gigs on TV, so I scheduled my whole day around working on the book. Since I’m more productive in the morning and evening, I wake up around 8:30 and write until noon. I wouldn’t count the words and set myself no goals outside of typing until my alarm went off. Then I’d take a mid-day break and go for a long run in Central Park, usually listening to music or a true crime podcast. It helped refresh me and come back to the book with new eyes. In the afternoons, I worked in a cafe and wrote until about 6 or 6:30 p.m. before quitting. There were definitely days when the only person I talked to was my barista.

Once I submitted my draft manuscript, I received notes from my editor and the process became more collaborative. Conversations involve anything from “Change the book from first person to third person” (which I did for Smile and be pretty) to “This chapter needs to go faster” or “Can we cut these paragraphs?” But even after receiving that feedback, it’s only two people — my editor and I — writing, editing, and perfecting.

In contrast, writing a TV show has been a team sport from day one. More recently I was a writer on Showtime american rust. For this project, eight writers sat in a room all day “breaking story”. This means coming up with ideas, discussing character development, and coming up with storylines until the general idea for each scene in each episode is written on an index card and pinned to a bulletin board. Together, the writers are responsible for crafting every detail of the story.

Thanks to this teamwork, all aspects of the story often become even better than we could have imagined.

Once the episode is written, the note-taking process is long and involves even more people. First, the showrunner and executive producers could do a rewrite. Then the studio and the network offer their comments. Once the episode is in production, department heads, such as locations, props, and directors, get involved to bring what we’ve written to life.

For example, a scene with two main characters talking in an airplane could receive any variation of the following ratings:

Producers: “It’s too expensive to shoot on a plane, can they already be at their destination in a cafe?”

From the director: “I know the scene is in a café, but we found this restaurant which is much more interesting to shoot. Can we change it to a restaurant?”

According to the assistant directors: “The script says ‘the restaurant is full and someone is ordering at the counter’. Can you write a few lines for the customer and waitress to chat before we move on to our main cast? »

From the props: “Here’s a menu from a local restaurant. We think everyone should eat foods for breakfast, depending on the time of day. Maybe they order an omelette at the instead of a burger?”

From the wardrobe: “On the plane, you said they were wearing suits. Since they’re only at the restaurant now, would they lose their jackets to be a little more casual? »

As television writers, we are involved in all aspects of the storytelling process. We build a world and create characters and sets, and then those things are ultimately budgeted and acted out by their incredibly specialized department heads – sets are built by production designers, characters are inhabited by actors, shots are planned by directors and cinematographers. Thanks to this teamwork, all aspects of the story often become even better than we could have imagined.

Our writing needs to be precise and concise enough to give all the other artists involved enough world-building so they can pick up the script and run with it. We come up with the ideas and everyone else uses their expertise to help us execute them.

In both situations, I learned that a person and a story thrive when surrounded by a strong, supportive team, big or small. In Smile and be prettyI wanted to explore how meaningful a supportive work environment can be in someone’s life, examine what happens when a group of young women don’t have one, and show the community they create when they navigate tricky situations and seek validation at work.

I love my job and I’m incredibly lucky to experience writing from two very different points of view. The main similarity between the two, and the most important to master, is the classic advice to “kill your darlings”. I learned through both forms of writing that I can’t be precious with my story. Things change, scenes are cut, characters evolve. But that’s how the magic of storytelling happens.

by Amanda Pellegrino Smile and be pretty is available for purchase wherever books are sold.