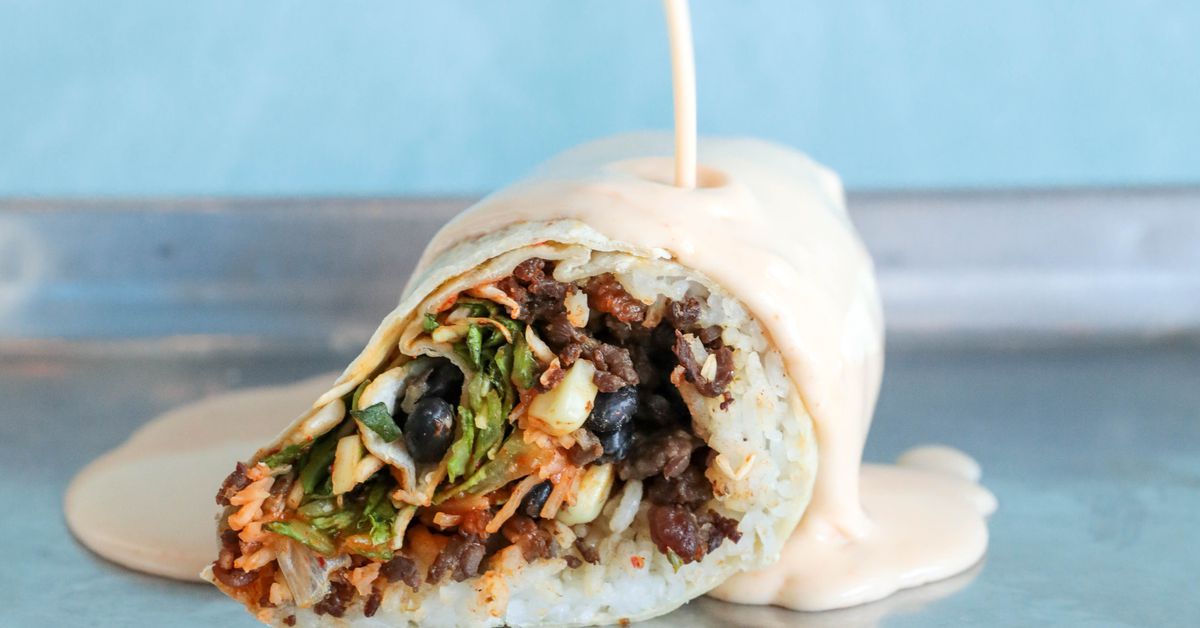 An Alpharetta location of Korean taco and burrito restaurant Yumbii is opening this spring in the former Bezoria space of the Atwater Mall across from Avalon on Old Milton Parkway. This is the first Yumbii location to open outside the perimeter since opening in Atlanta’s Brookwood Hills neighborhood six years ago.

Known for its mix of Korean and Mexican dishes, Yumbii will serve the restaurant’s full menu of tacos and burritos stuffed with bulgogi, Korean fried chicken and panko-crusted tilapia as well as sandwiches, such as a Philly topped with Sriracha queso and cucumber kimchi and hot wings with Sriracha honey sauce.

Founded as a food truck by Carson Young in 2010, Yumbii now includes restaurants in the Brookwood Hills and Toco Hills neighborhoods. Two new city locations will open at Moores Mill Mall on Marietta Boulevard this spring and Midtown Promenade on Monroe Drive in the fall, alongside two new outposts of Young’s storefront, the Queso Shop.

Like Yumbii, Young launched the Queso Shop as a food truck in Los Angeles, eventually moving its base of operations to Atlanta in 2019. Last year, Young opened the Queso Shop as a take-out storefront in Piedmont Heights and expanded the menu to include family meals. , margarita mixes, a surfer burrito and loaded crispy tater tots. The window closed a few months later, but a new location is set to open this winter next to Yumbii at Toco Hill Mall, which is also home to Spiller Park Coffee.