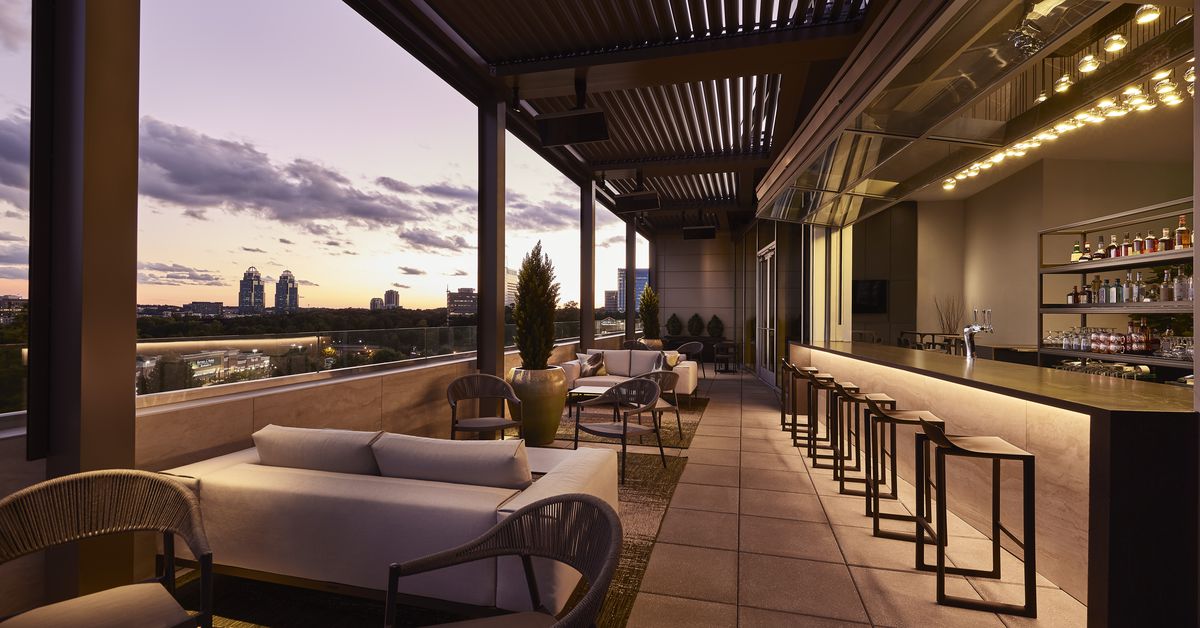 The Peri rooftop lounge, named after a Persian muse known for his mischief and merriment, is now open at the AC Hotel Perimeter Center in Dunwoody for cocktails and tapas overlooking the iconic towers of the king and queen.

Located on the seventh floor of the hotel opposite the Perimeter Shopping Center, the Peri Bar offers wines by the glass, local beer, and classic cocktails paired with Spanish-style tapas like flatbreads and cold cuts. The Peri bar can accommodate 40 people outside on its terrace lounge, which includes its own bar, and 60 people inside between the bar, lounge seating and cocktails throughout the space.

Clarkston-based non-profit bakery Just Bakery is celebrating its fourth anniversary with a cookie drive to support Afghan evacuees. Delivery costs and part of the proceeds of orders placed before noon, Thursday October 14, will support the efforts of the International Rescue Committee, which will assist 800 of the 1,100 evacuated Afghans expected to arrive in Georgia in the coming months. Operating out of a commercial kitchen outside the town of Clarkston, east of Atlanta, the bakery offers internally displaced people forced to flee their home countries the opportunity to learn new skills and d ” Obtain professional certifications, such as ServSafe, to help ensure long-term economic security. while recovering in America. [IG]

McCray’s Tavern owner Scott McCray and his partner Scott Kerns purchased the former Bramble Bar and Kitchen space in Marietta Square earlier this summer and plan to open Hamp and Harry there in November. The menu at the new neighborhood bar and restaurant will feature cocktails paired with small plates and raw bar selections. Hamp and Harry’s will also feature a showcase serving take-out cocktails and oysters, taking advantage of the open container entertainment district of Marietta established in 2020. [Official]

A fourth location for the popular Mexican restaurant Red Pepper Taqueria, known for its colorful brunch mimosas and margaritas, opens this month in Dunwoody. Located on Ashford Dunwoody Road near the Perimeter Shopping Center, the new restaurant will feature a large patio and serve a menu that reflects the Brookhaven, Buckhead and Decatur locations. [Official]

Daniel Corrochio to open Mexican restaurant at Ruby’s in Dalston