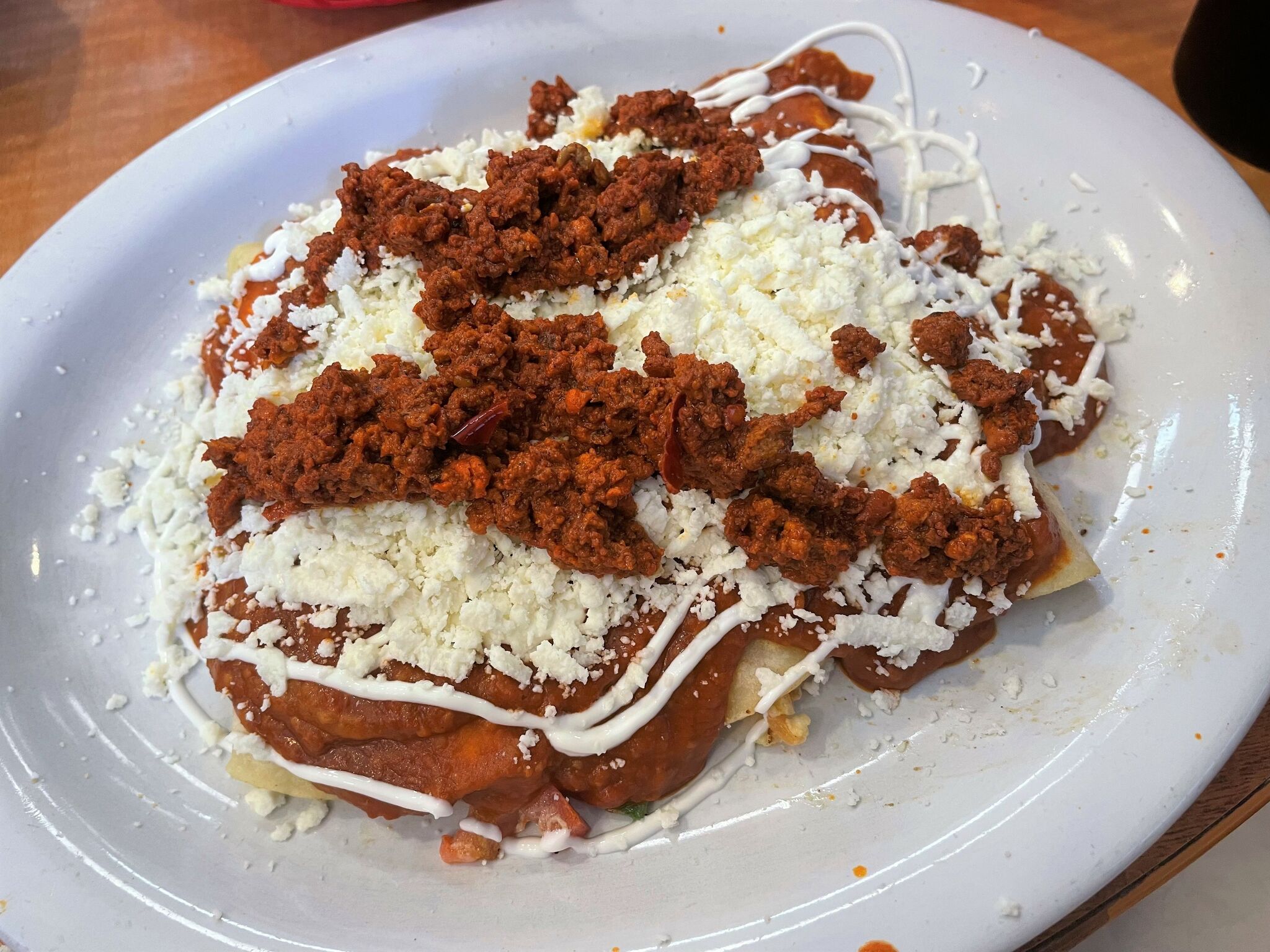 Every Friday, Chron’s catering team shares a standout dish of their restaurant experiences during the week. Follow us to see why we love these Houston dishes.

My favorite culinary discoveries are when a good friend recommends a restaurant that is close to his heart – so I go there, and that’s good. That’s how I felt the first time I went to Dichos Taqueria in the East End, and I was just as thrilled to have found another great taqueria in Houston as I was to sample a dish which was new to me.

I can’t remember the last time I had a better breakfast than Dichos’ enfrijoladas Veracruzanas (sorry about my favorite OG, La Guadalupana’s migas). Enfrijoladas are like enchiladas, only better. Corn tortillas are rolled up and filled with Mexican-style scrambled eggs — with diced tomatoes, onion, and jalapeño or another chili pepper — and served with a thick black bean sauce, chorizo, queso fresco and cream.

Traditionally, day-old tortillas were dipped in frijoles to give them a second life, says Rick Martinez in Bon Appétit. At Dichos, the tortillas were fresh and did not appear to be soaked, but rather covered in a layer of bean sauce. They cooked the eggs exactly how I like them: instead of scrambling them into little grainy pieces, only break them lightly in the pan to end up with bigger, fluffier pieces, halfway between a scramble and a Omelette. Warm in the tortilla, it was the soft stuff of dreams. I usually love contrasting textures, but there was something so comforting about the even sweetness of this dish.

Dichos Taqueria has an extensive menu of all the usual suspects which makes me want to come back again and again to try different things. Don’t sleep on the “specials and favorites” on the last page, where I picked my enfrijoladas Veracruzanas. Dichos is the epitome of the perfect neighborhood spot. The service is warm and the space is teeming with families on weekends. I just wish I lived closer, but now I have another great excuse to visit my friend up east.

12 vegan Mexican sweets and treats you have to try