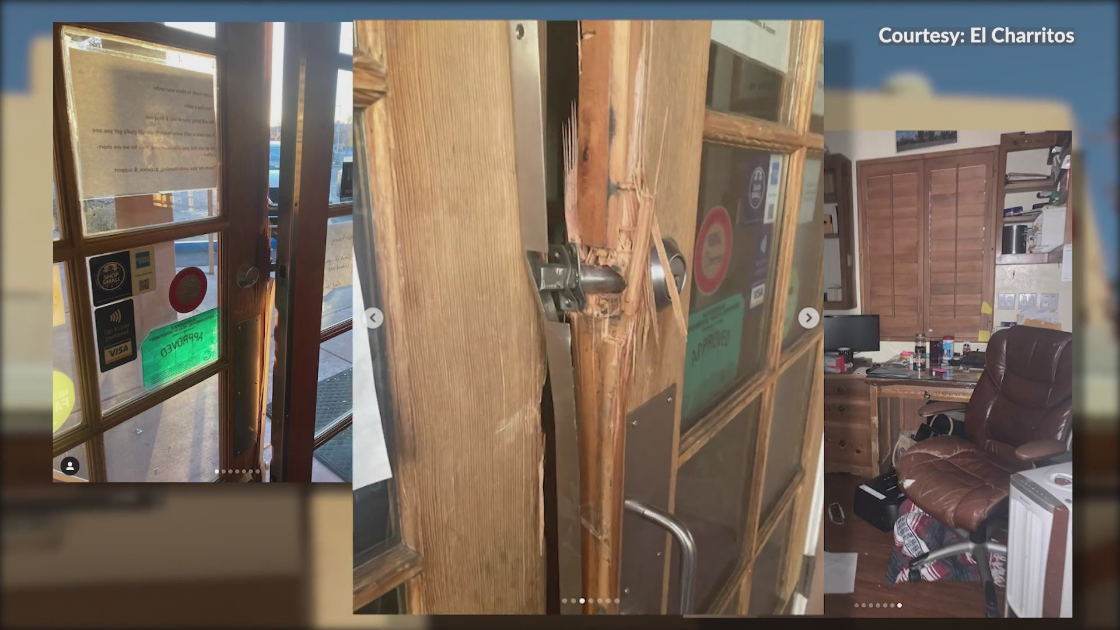 It was a terrible way to start the vacation week for a popular New Mexico restaurant. Someone broke in and stole the safe, adding insult to injury, they also ransacked the place. This is the second time in five years that the restaurant has been targeted despite its cameras. They don’t have surveillance video because the crooks cut off the power first.

“They came in through the front door, they forced the front door,” said Valerie Pacheco, who helps run El Charritos New Mexican Restaurant, along with the rest of her family.

Two locks and duct tape now secure the front door of El Charritos on Central and 47th. Thieves broke into the well-known restaurant on Friday evening, owners say they had no idea of ​​the break-in until Saturday morning when they showed up to open.

The alarms did not go off and their security cameras did not pick up anything as the burglars cut the power outside. They say the thieves left with their safe, which was bolted inside their beloved office and caused thousands of dollars in damage.

Now, after nearly two years of battling the pandemic, they’re trying to figure out how they’re going to survive another setback. “It’s very disappointing,” said Pacheco. “We keep going because we have amazing clients, but what do we do? She declared.

They say they checked with surrounding businesses to see if their surveillance cameras were able to pick up anything, but nothing was picked up. We contacted APD to inquire about the progress of the investigation, we have not received a response.