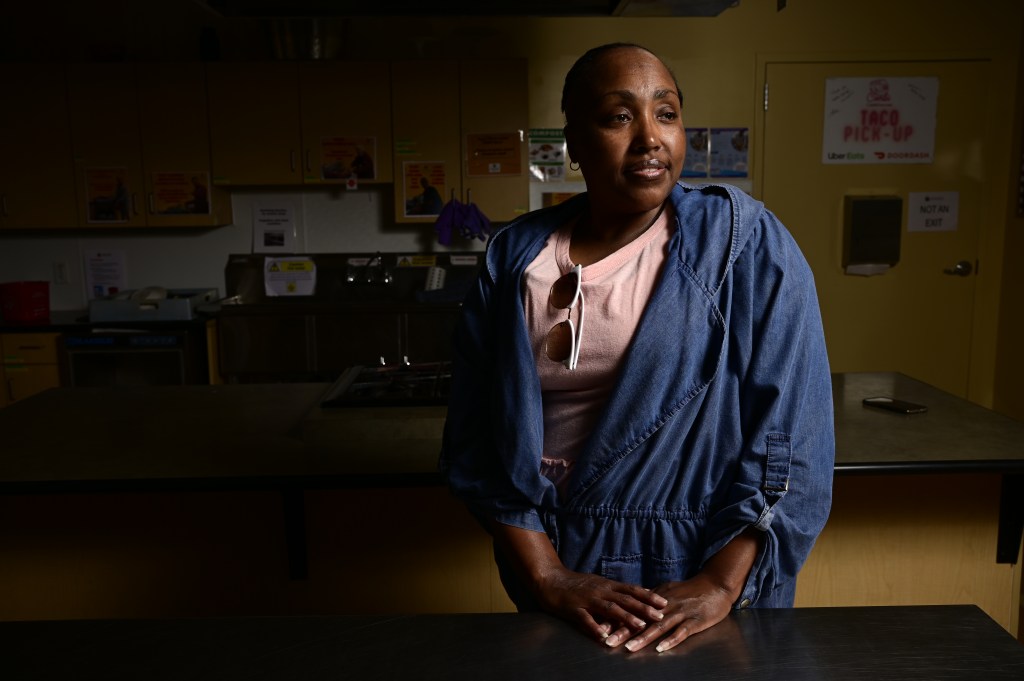 After her husband passed away last year, Sheila Monroe, 54, found herself looking for stability, she said. It was Metro Caring, a Denver-based nonprofit, that gave her the support she was looking for.

“Metro Caring really saved my life,” said Monroe, of Denver. She got a job stocking shelves there from around October to December, she said. “They gave me the work experience I needed when I started on my own.”

Metro Caring is one of multiple hunger relief organizations involved in the Denver Community Food Access Coalition which aims to create economic stability for community members to prevent food insecurity – a term that refers to a lack of constant access to food, especially fresh, nutritious foods.

One in three Colorado residents is estimated to be food insecure, according to an April 2021 survey conducted by Hunger Free Colorado, a statewide nonprofit and coalition member. Since the start of the pandemic, food insecurity has risen from 11% of Denver’s population to about 33%, the city reported.

“Our mission is to eliminate hunger at its root, and that root that we have identified as poverty,” said Brizai Gomez Cortes, Community Activator for Metro Caring.

The nonprofit serves Denver-area residents through its produce market, cooking classes, rental assistance, policy advocacy, and other services. From August to December last year, Metro Caring served about 5,700 people in the 80205 ZIP code, she said.

Metro Caring was also a founding member of the Denver Community Food Access Coalition, a collection of nine organizations in the Denver metro area working together to address food insecurity.

Organizations offer different approaches to addressing food access and equity, said program manager and coalition co-facilitator Stefan Karg. One such approach focuses on building community wealth, such as hiring local residents to work for organizations and the coalition.

The cost of renting a bedroom in Denver is up 10.87% year over year, according to a February report from Rent.com. Fuel, clothing and food costs have also increased, with consumer prices in the Denver metro area rising 7.9% between January 2021 and January of this year.

“Poverty should not be punished”

The rising cost of living is why Laurie-Ann Mills, 55, shares an apartment in Denver with her 32-year-old son. She cannot afford to live on her own, she said, and she receives food aid from Metro Caring.

“People operate under this assumption that everyone has a food budget. And that’s such a myth,” Mills said. “For most of us, our food stamps are our food budget.”

In March 2018, Mills got involved with Metro Caring, where she now volunteers as a community activist advocating for legislation on issues such as housing, voting rights and fair wages, she said. declared. She hopes recipients of Metro Carings services gain a sense of dignity, she said, by addressing the stigma that those receiving support may face.

“No matter how hard you work for minimum wage, someone thinks you’re doing something wrong,” Mills said. “It’s not a flaw in my personality; it is a fault of this system. Poverty should not be punished.

One of the ways Metro Caring helps residents like Mills long-term is by supporting their small businesses, such as offering micro-grants and hosting pop-up markets that provide space for vendors to sell their wares.

“That’s why pop-ups are awesome because, I mean, it’s basically a free space to sell and be with your community,” said Mills, who runs a small business called My Bonnie Annie Laurie.

Over the next three years, Metro Caring aims to begin redeveloping its land and creating new facilities such as a business space and a community kitchen, Gomez Cortes said. “We dream big,” she said.

“Building our own solutions”

It’s a dream that non-profit organization Re:Vision, another member of the Denver Community Food Access Coalition, has made a reality by creating the RISE Westwood campus.

The campus was originally a dump when Re:Vision purchased the space, said executive director JoAnna Cintrón. After renovations, the campus now includes an urban farm, a commercial kitchen, the Cultura Craft Chocolate business which is also home to the Hecho en Westwood organization, and a large building which houses the nonprofit D3 Arts.

“Re:Vision exists to cultivate local food systems, develop local leaders, and build a local economy,” Cintrón said. “Wealth creation comes from building our own solutions to the problems we seek to solve.”

It’s also one of Denver’s poorest neighborhoods, she said. According to the Denver Department of Public Health and Environment, from 2013 to 2017, 28.91% of families in the Westwood neighborhood lived below the federal poverty level, compared to 4.52% of families in Denver.

“The lack of access to food is due to systemic barriers and systemic issues that have created a low-income neighborhood,” Cintrón said, describing the area as “food apartheid.”

“There are no grocery stores here,” she said. “That’s why we built our gardening program.”

Since 2009, Re:Vision has created more than 2,000 home gardens in 12 neighborhoods, Cintrón said, and averages about 200 gardens a year. To help residents create their gardens and connect to resources, Re:Vision has hired six community members to work as “promotoras,” or health promoters, and they are matched with approximately 30 families each.

It’s through collaboration that change is possible, said Gomez Cortes, who in addition to working at Metro Caring is also a co-host of the Denver Community Food Access Coalition.

“I believe that together we can really make a lasting impact,” she said.

Gomez Cortes, a Deferred Action for Childhood Arrival recipient who experienced food insecurity throughout her childhood, said she wishes her family had an organization like Metro Caring to turn to when she needed it. Her work has been healing, she said, as she helps residents like Laurie-Ann Mills and Sheila Monroe, who is now applying to be a peer specialist for a homeless coalition, to support themselves and those in their community.

“I walked into this building and found my voice,” Mills said. “This is the place that holds my heart.”