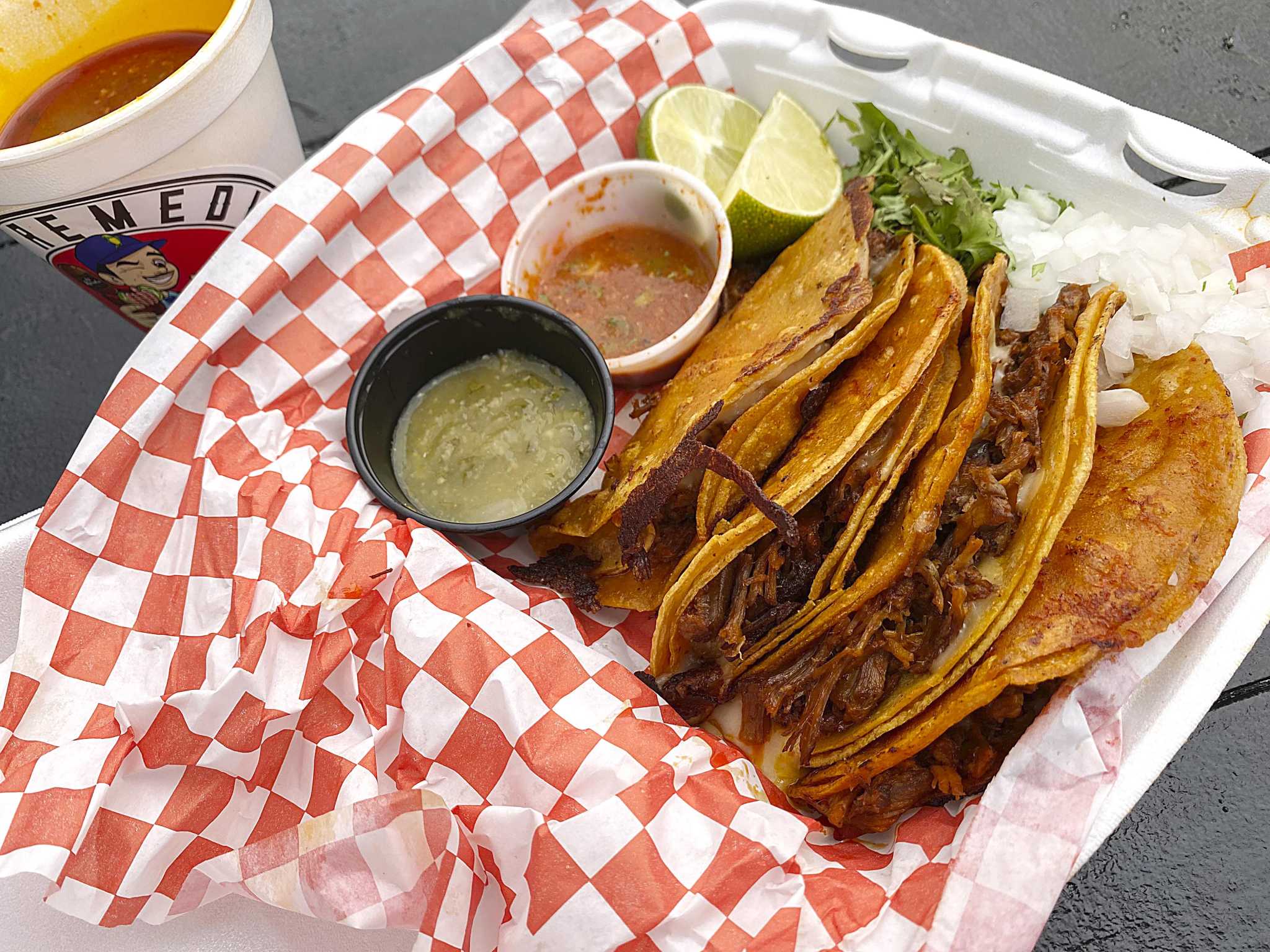 After five years as a food truck-based business, El Remedio is moving into its first physical restaurant. The permanent outpost will be a short drive from USAA headquarters.

Joshua Palacios started the popular birria business as a delivery service in 2017 alongside his wife and co-owner of El Remedio, Martha Palacios. Since then, the Palacios have grown the business into a fleet of food trucks around town, handing out a menu of options based on birria and mariscos. Sushi has also recently been added to the menu.

Joshua Palacios tells MySA that the upcoming location at 5018 Research Drive, which once housed Gibby’s Ice House (now located in Brooks), will give the couple more space to create an “experience” for their dedicated customers.

In October, the couple announced plans for a Stone Oak location. It is unclear what caused the change to Research Drive, but the new address places El Remedio less than a mile from USAA headquarters.

“El Remedio Mexican Kitchen and Bar will not be just an ordinary restaurant,” he adds. “Every time someone goes there, I want it to be an experience — having a good time, not just sitting and eating. I want people to be able to go laugh, have a drink, and enjoy the time they are there.”

He says he wants to create an atmosphere where people can’t wait to come back.

The owners of El Remedio say a fixed opening date is contingent on obtaining their license from the Texas Alcoholic Beverage Commission. Palacios expects the process to take about two months.

Online payday loans near me for bad credit