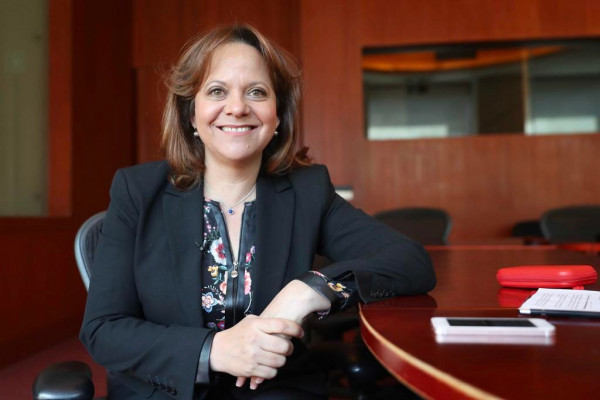 By Binsal Abdulkader ABOU DHABI, December 13, 2021 (WAM) – Mexico-UAE bilateral trade has grown by around 38% over the past five years (2016-2020), a senior Mexican official told the UAE News Agency (WAM), adding that Mexico wants to be a strategic partner of the UAE in the agribusiness sector.

â€œBilateral trade between 2016 and 2020 recorded an average annual growth rate of 6.7%, increasing from US $ 511 million in 2016 to US $ 705.1 million. [37.9 percent increase] in 2020, â€said Martha Delgado, Mexican Deputy Minister for Multilateral Affairs and Human Rights, who was recently on an official visit to the United Arab Emirates.

Bilateral relations between Mexico and the United Arab Emirates have experienced significant development in the political, economic, commercial and cultural sectors, noted the deputy minister.

â€œWithin the framework of Mexico’s foreign economic policy, strengthening relations with all Arab countries is a priority. In the case of the United Arab Emirates, Mexico recognizes its international importance and its economic potential, â€she said.

â€œBilateral economic relations are stronger and closer than ever. Our participation in Expo 2020 Dubai gave us the opportunity to share our thoughts and strengthen our ties. The Expo is emerging as the epicenter of the global economic recovery since the start of the pandemic.

Potential partnership in the agrifood sector “The UAE is recognized as a very important international market and Mexico has the capacity to be a strategic partner for this country in the agri-food sector,” said Delgado.

Agreements for the promotion and protection of investments, cooperation between the Mexican National Bank and the UAE Development Bank, cooperation between the Mexican Bank of Foreign Trade and the Dubai Economic Council, the Air Services Agreement, an agreement to avoid double taxation and prevent tax evasion, as well as a memorandum of understanding on energy and financial issues, are important, she explained.

â€œRecently, we signed a Memorandum of Understanding to implement the Global Logistics Passport between the Mexican government and DP World. This instrument has the potential to stimulate the exchange of goods and services around the world. “

The proposed opening of a trade office in Mexico City of the Dubai Chamber of Commerce and Industry would also strengthen bilateral economic and trade ties, the official said.

Human rights, climate change “The United Arab Emirates and Mexico have several mutual interests in the international arena, and as members of the United Nations Human Rights Council, we will be able to advance a joint program on human rights, “said the deputy minister.

“We look forward to having an open and enriching dialogue with representatives of the United Arab Emirates when the 50th session of the Human Rights Council begins.”

Climate change is also an issue that the two countries consider important, as the two countries have concluded two memoranda of understanding on cooperation in the energy sector, clean energy and related issues.

â€œMexico welcomes the UAE’s initiative to reach net zero by 2050,â€ she said.

Visa waiver to promote tourism At the end of 2018, the governments of Mexico and the United Arab Emirates first signed a diplomatic memorandum of understanding on mutual visa waiver which provided that citizens of the two countries would be allowed to enter without visa in the other’s country.

In January 2020, the UAE government announced visa-free entry for Mexican nationals, a month after Emirates Airlines from Dubai made its maiden flight to Mexico City via Barcelona.

â€œTourism can be a catalyst for well-being. As you know, Mexico consistently ranks among the top destinations in different types of tourism. A visitor can become an investor, a cultural ambassador, a client for high level medical services and a resident who wishes to spend their final years in our country, â€she said.