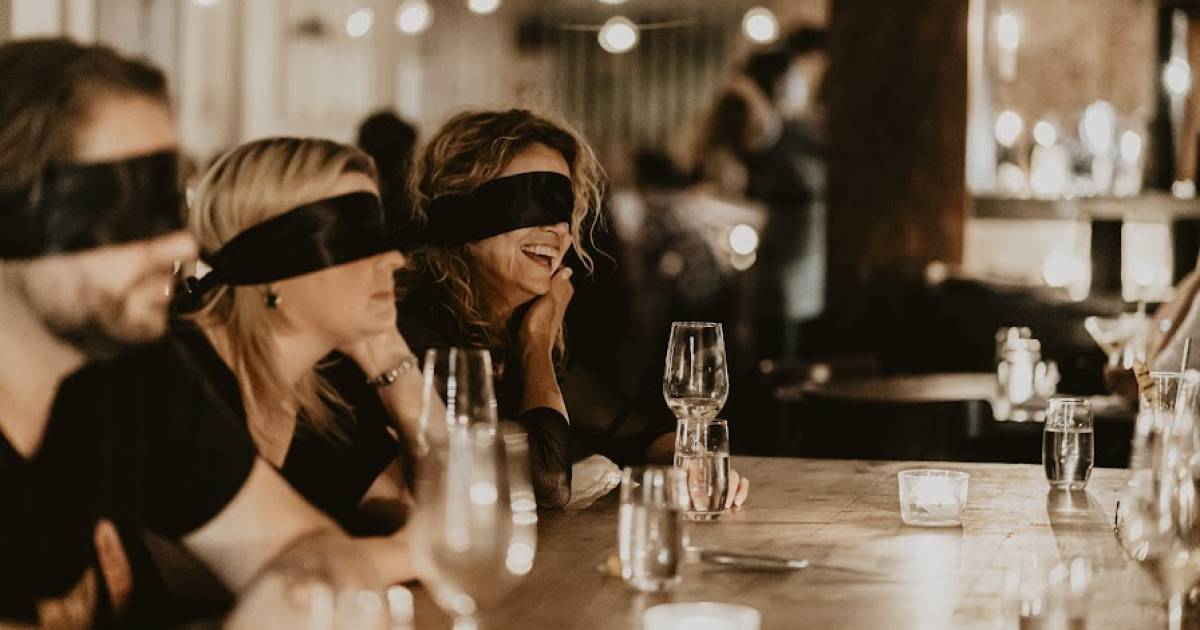 A unique blindfold dining concept that began in Switzerland more than two decades ago is coming to Vancouver as a discovery experience next week.

The Dining in the Dark event, which will be hosted by Fable Diner & Bar (755 Richards Street) for three nights, promises to “elevate your dining to a whole new level,” according to Fable’s website.

The event is organized by Fever, which describes itself as “the world’s leading live entertainment discovery platform”. The company produces ticketed events in dozens of cities internationally.

The experience – in which diners are ushered into a darkened room lit only by candles, then blindfolded and served a three-course meal – is meant to allow diners’ senses of taste and smell to take over after they disappear from sight and intensify the meal. live.

This enhancement/compensation of the senses, according to Fever, should benefit the 80% of people who “eat with their eyes”.

Perhaps ironically, the whole “dark dinner” movement began as an experiment to give sighted people insight into the daily realities of blind and visually impaired people.

A blind Swiss pastor, the Reverend Jorge Spielmann, opened a dark restaurant, The Blind Cow, in Zurich in 1999 after hosting similar dinner parties for friends at his home. Although the restaurant, located in an unused church, was originally designed as a facility for the blind and employed nearly all blind staff, it became popular with sighted people due to the learning experience.

Spielmann encouraged this aspect of his business, and the restaurant’s subsequent popularity sparked similar projects around the world. Berlin, New York, San Francisco and many other cities soon had dark dining rooms. In Canada, restaurants like O.Noir and Dark Table have opened in different cities (there is a Dark Table in the Kitsilano neighborhood of Vancouver, at 2611 West 4th Avenue).

The restaurant concept is now mainly touted for its sensory appeal in terms of flavors and awareness of the role the eyes play in how food is experienced.

At Fable Diner & Bar, all three Dining in the Dark nights take place on Wednesday nights only, June 29, July 6, and July 27. Tickets are $80; go here to reserve a spot.

Diners will choose from one of three menus (although the dishes and ingredients are kept secret): green (vegan), blue (seafood) and red (meat). All have a starter, main and dessert, and feature descriptors such as “will surprise you”, “flavors you know and love presented in surprising textures”, and “a combination of sweet and savory that will have you spinning. the head “.