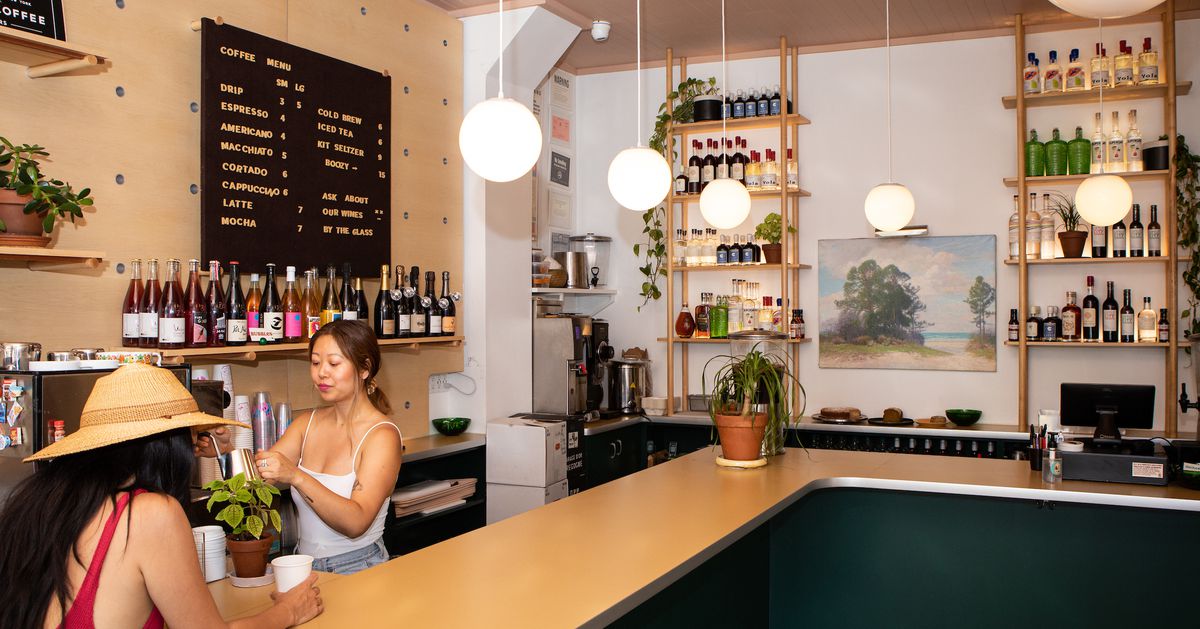 For Libby Willis, the former co-owner of the beloved Prospect Heights, the MeMe’s Diner spot, the pandemic has highlighted what she has already known firsthand for three years at the helm of the restaurant: operators, and even more for the rare spaces belonging to homosexuals. But instead of turning away from the industry after shutting down MeMe’s doors, Willis connected with other gay-owned businesses that had gone out during the pandemic and started hosting pop-up of the vacant MeMe space. This effort foreshadowed Willis’ last endeavor.

In mid-June, the former MeMe’s Diner space at 657 Washington Avenue, near Saint Marks Avenue, officially reopened as KIT (an acronym for “Keep In Touch”), a neighborhood cafÃ© and business incubator. company that represents Willis’ plan to find more space in the industry for queer people and people of color – both as diners and food business owners.

â€œIt’s not a pivot, but it’s a direct response to the fragility of the restaurant industry,â€ says Willis. â€œFor me, opening another restaurant that was just mine felt like the status quo. I wanted to try and create something that feels sustainable for small businesses.

Drawing on his experience of successfully running MeMe’s over several years, Willis wanted to not only open another welcoming queer food court in the city, but also help other queer owner-operators gain a foothold in the industry. To do this, Willis brought into KIT several of the small businesses she had started working with after the restaurant closed: Eastern European restaurant Dacha 46, wine bar Black Cat and cake company in Solid Wiggles artistic jelly.

The different companies have come together to create a unique culinary experience at KIT. For those missing MeMe’s beloved gay brunches, Dacha 46’s Jessica and Trina Quinn are now launching banya brunches Saturdays and Sundays with piles of pelmeni, flatbreads for breakfast and sweets like medovik, a multilayer honey cake. Black Cat’s Katie Zanin and Rocky Owen keep the shelves stocked with a collection of in-demand natural and sustainable wines from $ 20 to $ 30. Jack Schramm, who previously worked as a bartender at top New York cocktail venues, Existing Conditions, and Booker and Dax, teamed up with the Milk Bar’s former director of culinary operations Jena Derman to sell cakes to the eye-catching jelly that’s â€œthe exclamation mark fun in it,â€ says Willis. KIT’s daily coffees and pastries, made by Willis, form the solid and cohesive backbone of the space.

The establishment is not divided into separate sales areas – “It is not a food hall,” says Willis – but rather remains a cohesive place where each of the owners shares the rent, sells food and drinks. the other, and otherwise contributes equally to keeping the coffee running.

Much of the cafe space will look familiar to former MeMe regulars – the curved bar is still in place, as are the comfy brown banquettes – but Willis’ brother, TV and movie decorator Dieter Willis, added de new elements to better support the incubator. KIT’s new maple shelves on the back wall are designed to plug in and unplug, allowing space to move as needed; another bench has been added; and a bright outdoor patio now sits at the front.

Each company makes an individual contract with Willis to determine how long it will stay in space – Dacha 46 is on a three-month contract, for example, while Solid Wiggles will likely stay longer – and Willis aims to continue shooting in space. new businesses as places open up.

The idea is that shared space and a sense of ownership will lift the isolating burden of running a restaurant from any business – and together, every business will be able to grow faster and further than it does. would do it alone.

It’s a state of mind of operation deeply rooted in what Willis learned over the years of running MeMe’s Diner with co-owner Bill Clark, before they took separate paths. â€œIt was obvious to me that what MeMe had wasn’t just its food, it was also its community and its people,â€ Willis says. “And I really wanted to find a way to preserve that and share it with even more people and figure out what was sustainable.”