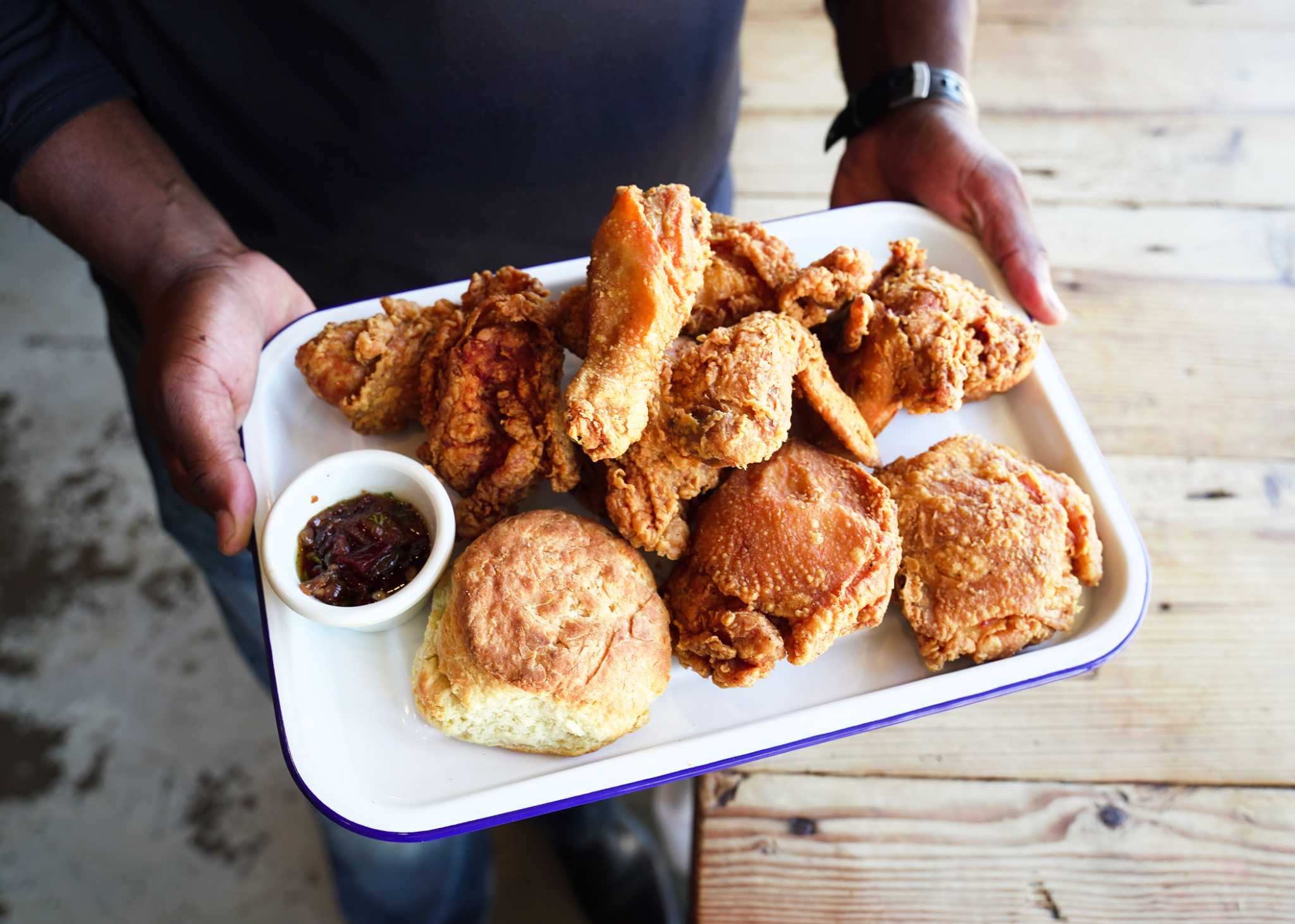 It’s no secret that pitmaster Greg Gatlin has come up with a new concept for a restaurant specializing in chicken. But few details about the project, a sister restaurant to its very popular Gatlin BBQhave been launched so far.

Gatlin announced Tuesday that the restaurant, Gatlin fins and feathers, will open in late June at 302 W. Crosstimbers in the Independence Heights neighborhood where he grew up. Described as “a hymn to beloved Gulf Coast comfort food,” Fins & Feathers will serve fried chicken and Gulf seafood dishes including gumbo and oysters.

TOP CHIEF HOUSTON: Who gets a bump from season 19 of the Bravo series set in Houston

Located in the former Herrera’s Mexicatessen restaurant, Gatlin’s 3,000 square foot restaurant will seat approximately 80 people. The choice of site and neighborhood was intentional: the Gatlin family once frequented the Mexican restaurant, and Fins & Feathers is just over a mile from the Bella Vista Missionary Baptist Church where Gatlin worships.

“It’s a neighborhood place, and we wanted it to feel that way: rustic, cozy, and historic,” said Greg Gatlin. “It’s part of Independence Heights and we’re embracing it.”

Although the restaurant’s website is active, there are no specific menu details yet. But Gatlin, working with Gatlin’s Executive BBQ Chef Michelle Wallace, intends the comfort food menu to honor her family roots and reflect a sense of community in one of the fastest growing neighborhoods. Houston’s fastest.

Greg Morago writes about food for the Houston Chronicle. Follow him on Facebook Where Twitter. Send him topical tips at [email protected] Listen to him on our BBQ State of Mind podcast to learn more about barbecue culture in Houston and Texas.