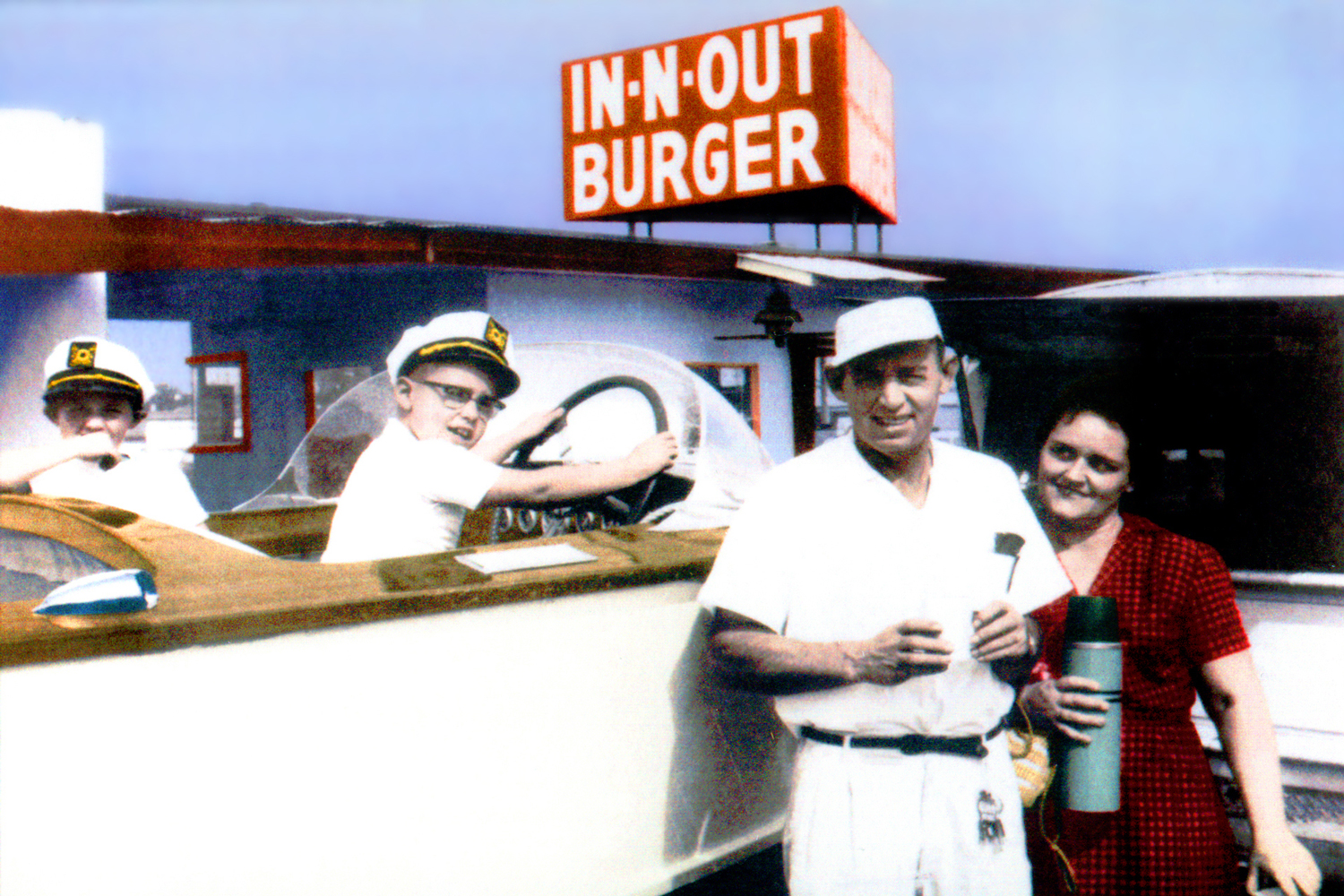 There is no corner of America where you can escape the names McDonald’s, Taco Bell, or Denny’s. These food giants, and many more, hail from Southern California and have come to dominate the world. IHOP started on Riverside Drive in 1958, but today that pancake empire stretches from Burbank to Bahrain. In his new book, Made in California: The Californian eateries, eateries, fast food outlets, and burger restaurants that changed America (Prospect Park Books) Chef George Geary traces the origins of old favorites like See’s Candies and Orange Julius who grew so big they were snapped up by Warren Buffet. It also shines a light on California’s culinary breakthroughs, from sesame seeds on hamburger buns and ice cream cakes to the whole concept of Sunday brunch. Restaurants have been reinventing Mexican cuisine here since LA was part of Mexico, and the book shares locally sourced stories for iconic dishes like nachos, table guacamole, combo plates, and even dueling tales that the local venue created Taco Tuesday.

See’s Candies birthplace on Western Avenue in 1921 reopened as a Seoul-based Tom N Tom’s coffee outlet in 2012. When Geary visited the renovated neoclassical building, he asked the barista if she had heard of See’s before. She wasn’t aware of the mark until one of her coworkers intervened: “Oh, I think that’s the place with the old lady on the candy box, isn’t it. ? Geary partnered with the company to place a plaque on the site earlier this year to mark the company’s centenary.

Geary has his own culinary references in pop culture. He created the giant corn dogs served on Main Street at Disneyland and baked endless cheesecakes for television. Golden girls. His 2016 book, Legendary LA restaurants, explored the stylish restaurants of Old Hollywood with stories from Cocoanut Grove and the Brown Derby, but after hearing Julia Child talk about McDonald’s fries and Anthony Bourdain proclaim that the best burgers come from In-N-Out, Geary understood the ties between the realms of fine dining and fast food in LA.

Los Angeles has always been a place to reinvent itself. The McDonald brothers came here to get into the movie business and ended up selling burgers starting in 1948. Verne Winchell was selling used cars before opening his namesake donut shops that same year. Many of these classic restaurants started out as mum and pop joints, the same kind we love to celebrate in our annual Best of LA issue. Maybe one of this year’s picks will be the next breakout hit.

Located across the street from the Ambassador, the fanciest hotel in town, the Brown Derby was the liveliest celebrity restaurant of the 1920s, designed by a decorator, funded by studio executives and haunted by Charlie Chaplin and Joan Crawford. The Brown Derby was also the birthplace of Cobb Salad, owner Bob Cobb’s salmagundi of greens, tomatoes, chicken, bacon, eggs, avocado, and Roquefort, all mixed together at the table. .

Glen Bell was a student at San Bernardino High School when the McDonald brothers first came to town in 1940. The fast food entrepreneur, inspired by their success, combined their effectiveness with the hard-shelled tacos that he tasted in the Inland Empire and created the world’s largest Mexican fast food chain. Its first Taco Bell (above), opened in Downey in 1962, is kept at the company’s headquarters in Irvine.

Filmmaker Al Lapin was cruising around Burbank in 1958 when he noticed people lining up to get into Bob’s Big Boy. The building opposite was for rent, so he borrowed money, offered breakfast specials like Tahitian orange and pineapple pancakes, and a star was born. The original IHOP is long gone, but people still line up for a meal at Bob’s.

Lawry’s has been the lifeblood of Restaurant Row in Beverly Hills since 1938, but the founding families created a food empire that dates back more than a century. Starting with homemade potato chips, the Frank and Van de Kamp clans baked generations of breads and treats at their Glassell Park factory, made seasoning salt and spices in their California Center trial kitchen, and have even produced a line of frozen fish fingers, always available in your grocery store’s freezer.

John Galardi (pictured) was barely out of high school when he stumbled upon a job at a Pasadena taco stand owned by Glen Bell He quickly rose through the ranks while saving his money. Bell rented land in Wilmington from the young manager on the condition that he could sell anything but Mexican food there. (Bell once had the idea of ​​putting his own name on the next taco stand he opened.) Galardi’s Der Wienerschnitzel # 1 became a landmark and cultural landmark in the city of Los Angeles in 2013.

At the end of World War II, farmland outside of LA was quickly transformed into new suburbs, and freeways began to expand in all directions. Harry and Esther Snyder (pictured) moved from Seattle to Baldwin Park in 1948 and built a small drive-thru burger stand near their new home. Harry made the two-way speaker in his garage and Esther made the books. The original stand was claimed by Highway 10, but a replica was built nearby for the company’s 65th anniversary.

Hot Dog on a Stick

If you’ve ever been to its 1946 location (originally called Party Puffs) on Santa Monica Beach – or any of its outlets at an indoor mall or LA County Fair ( where there are eight!) – you have probably noticed the brightly dressed staff members diving dogs and stomping on lemonade. Katy Perry even wore the iconic red, white, yellow and blue stripes during her performance of Californian girls at the Super Bowl.

Stay on top of the latest food, news, and culture in LA. Sign up for our newsletters today.