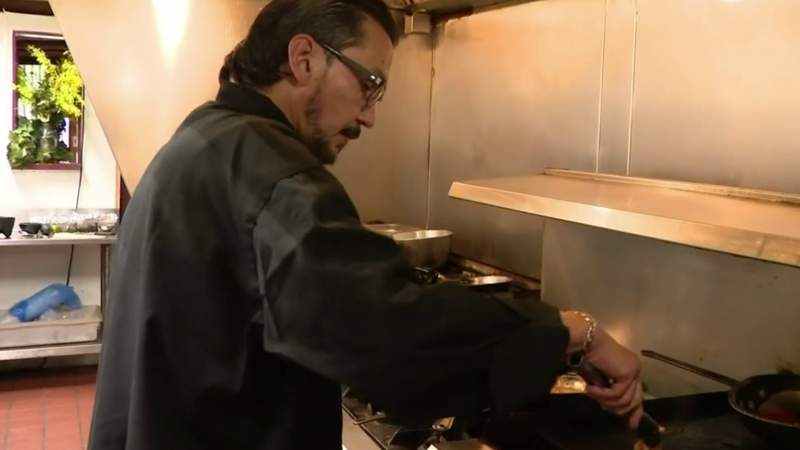 DETROIT – Chef Luis Garza hopes to bring some of the traditional Mexican cuisine from his home to his new home, one piece at a time.

Tucked away in Southwest Detroit is El Asador, a small restaurant offering some of the best Mexican food in town. It is fitting that on a side wall there is a mural named “The Deity of Southwest Detroit”. It was painted in 2015, a year after Garza opened the restaurant.

Immigrating to the United States in 1985, Garza worked in construction before coming to Michigan to cook. He worked in several large restaurant chains. After 20 years on this side of the business, he wanted to go back to his roots, bringing the flavors of the Mexican coast to Michigan.

Every ingredient is fresh, made from scratch. Nothing is prefabricated. They don’t even have a freezer.

“It’s a lot of work but we love what we’re doing,” Garza said.

Over the past year, he has had to curtail his dream with the pandemic preventing outdoor grill cooking and leaving El Asador short of staff. But every day his 81-year-old brother and mother join him in the kitchen.

“You have to have the passion to cook. It’s an art. You serve food as if it was going to be for you, for your family to anyone. You have to put love in there. And that’s why it tastes good. You put the best in it, ”he said.

Garza said they had to cut back on their service, including lunch, because there weren’t enough staff. He said they had been kept alive by regular customers.

NoLibs gets a new 200-seat Italian restaurant and adjoining pizzeria