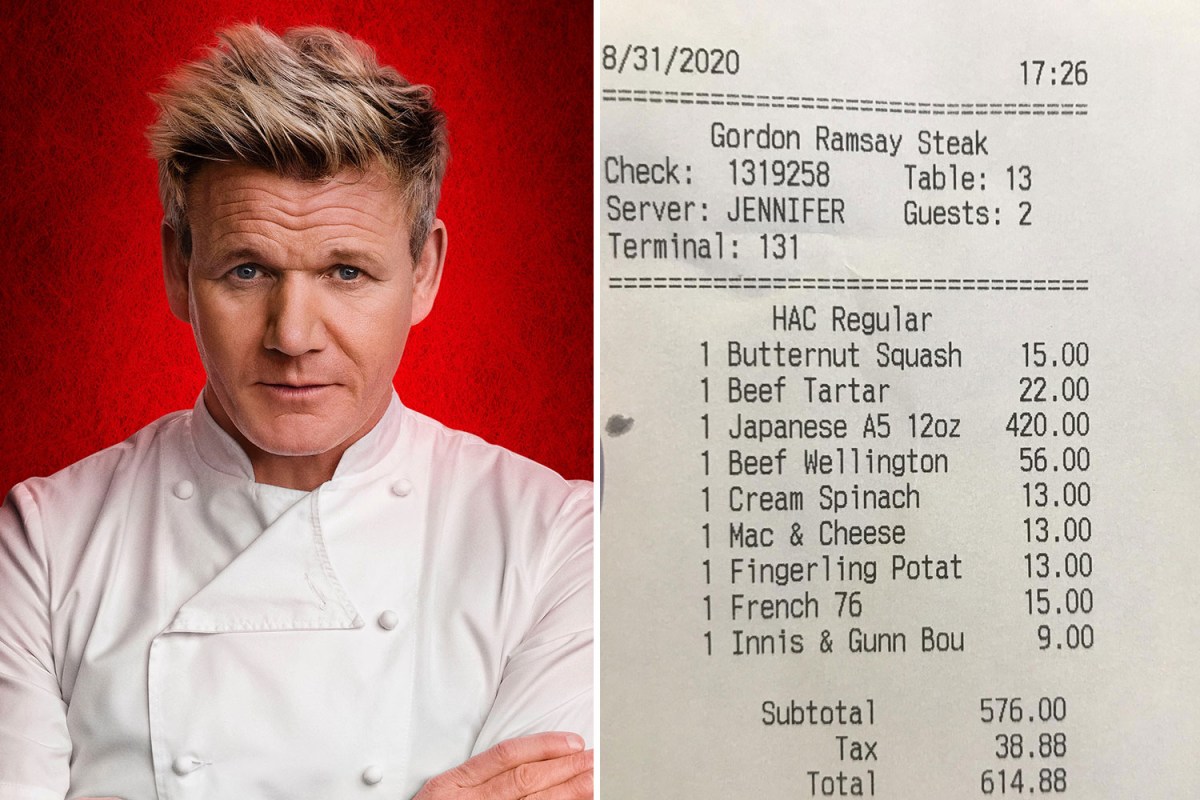 A DINER ended up with a mouthwatering bill after misreading the menu at a Gordon Ramsay steakhouse, but claims he doesn’t regret it.

Jeffrey Paige visited the TV chef’s restaurant at Harrah’s in Atlantic City, New Jersey, with his girlfriend in August of last year.

He was planning on eating Wagyu beef, but found that the Japanese three-grip A5 – also known as “Kobe” – was also on the menu.

A5 is the highest possible and most luxurious grade that beef diners can buy.

He said: “I had never had a real deal with Kobe. It was like nothing else you will ever have. Melt in your mouth delicious.

Jeffrey’s partner treated himself to the Beef Wellington and the couple ordered sides, appetizers and drinks.

But he seemed to have misread the menu as the beef was actually $ 35 an ounce with a minimum order of four ounces.

He said, “I wish Chef Ramsay was here to go out and call me a donut for screwing this up lol.

Jeffrey’s costly ordeal has sparked a wave of discussion among Reddit users online.

One said, “It’s pretty common in very high end places. You have to be very careful.

Another joked, “What you bought was a $ 600 story. For the rest of your life, every time someone says “this is a good steak” you can say “yes but”.

A third commented, “You should have ordered the f ** king ass.”

We pay for your stories!

Do you have a story for the US Sun team?