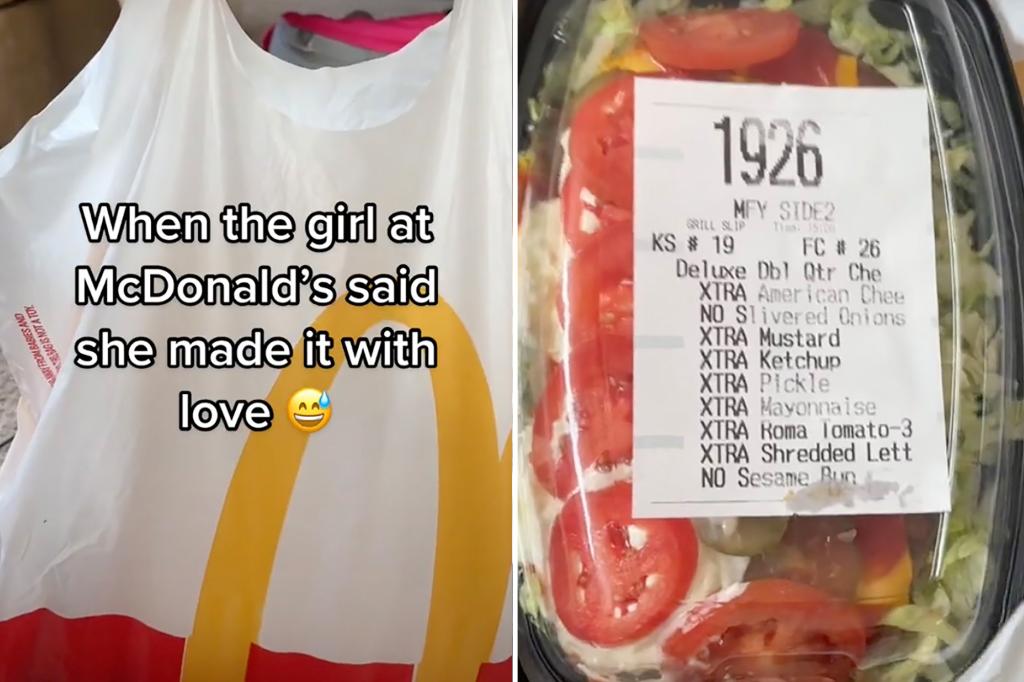 The meal made famous by dietitian Dr Robert Atkins — the no-bun burger — is trending again on TikTok, but for all the wrong reasons.

TikTok user Amber Rae uploaded a clip that left salad lovers and bread lovers alike confused when she turned a cheeseburger into a “burger salad”.

In the 15-second video, she showed off her burger salad, which consisted of a half-pound ground beef and cheese patty, with extra lettuce and tomatoes, and no onions or buns, all wrapped up in a plastic take-out box.

Rae, pleased with herself, wrote: “When McDonald’s girl said she made it with love.”

Many users were envious of her leafy meal, specifically asking how she managed to land the order when McDonald’s would have stopped selling salads in 2021. Rae had asked for “a fancy quarter pound, no bun, add extra lettuce and it became a salad”. she claimed, adding that with a large latte, her total was around $11.

Some were thrilled with the hack, while those probably too young to remember the Atkins diet lamented the concept.

“It made me physically sick,” wrote one viewer. Another troubled witness reflected on the “amount of mayonnaise” on the salad.

In the comments, Rae confirmed that she worked at McDonald’s, which is how she may have known about the handy trick.

“The possibilities are, sadly, endless,” she joked in a comment.