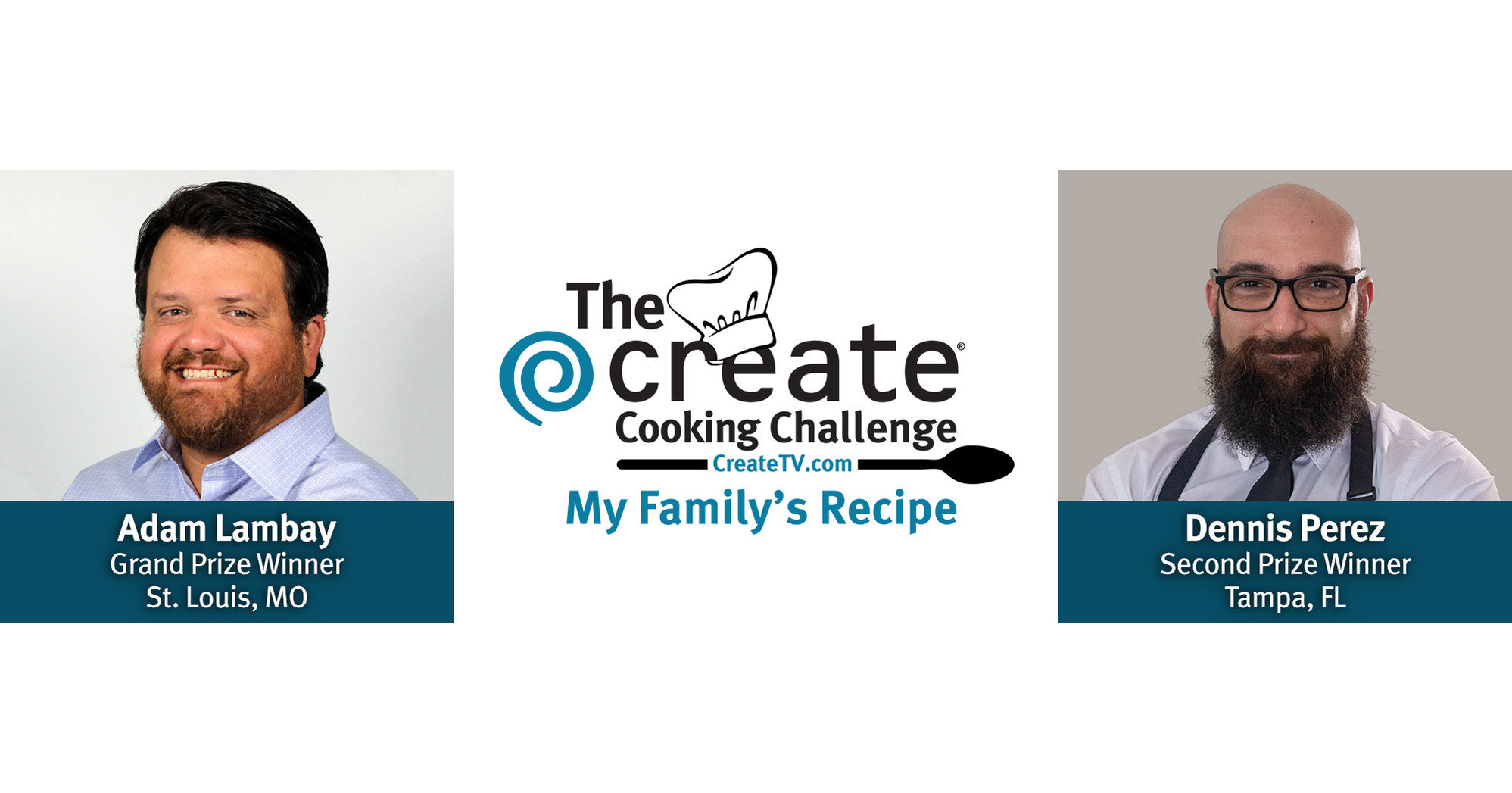 Judging the Create a Kitchen Challenge, which took place 8 March –On April 5, was a panel of some of the most recognized hosts of public television: Kevin Belton (by Kevin Belton To cook Louisiana), Pati Jinitch (Mexican Table of Pati), Diane Kochilas (My Greek table), Nick Stellino (storytellers in the kitchen), and Martin Yan (Yan knows how to cook!). Participants’ online submissions included an original short video (two minutes or less) showcasing the preparation of their recipe, a brief story about the origins of their recipe, the full recipe, and a photo of the finished dish. Judging criteria included demonstrated culinary knowledge, presentation skills, telegenic appeal, unique ideas and production values. This year’s entrants showcased multi-generational recipes from more than 25 different countries and cultural traditions, as well as USA-grown recipes representing nearly 35 regions of the country. Recipes from the winners, as well as many entries selected and some shared by the judges will appear in the new Collection of heritage recipes on CreateTV.com.

Grand Prize Winner, Adam LambaiThere was never any question in Adam Lambay’s mind that he would ever become a chef. In fact, when Adam was around 10, he told his mom he wanted to be “one of those guys in the white coat.” She thought he meant he wanted to be a doctor. He quickly corrected her, saying, “No! I want to be a chef!” His first goal

Page 2 Announcing the Winners of the Create a Kitchen Challengeclearly defined, Adam’s dream has never changed. His entire career has been dedicated to the culinary arts and today he is executive chef at the Hilton St. Louis at the Ballpark, with a rich resume of positions in high-end restaurants around the world. Greater St. Louis and the surrounding region.

A native of Saint LouisAdam has only left his hometown once to attend culinary school in Louisville, Kentucky. After graduating, he returned to Saint Louis, the community he loves, and where he plays a dynamic role as a chef, cooking teacher, husband and father of two children. Adam’s family has lived in the St. Louis community for over 50 years. His father’s brothers first emigrated from the family home in a fishing village near Bombay, India. Adam’s father soon followed, eager to do something new and be near his brothers. He soon met and married Adam’s mother, the granddaughter of first-generation German immigrants. On arriving in Saint Louis Between World War I and World War II, Adam’s great-grandparents opened a successful bakery in downtown St. Louis. At home, Adam’s father cooked recipes based on his Indian upbringing, while his maternal grandmother prepared family recipes based on her German heritage.

Adam says public television played a major role in his desire to become a chef. He grew up watching cooking shows, saying he could never get enough. He credits Julia Child and other culinary hosts as big influences, but the series says “Yan knows how to cook!” (at over 40 years old, the longest-running cooking show on TV!) was a favorite. Martin Yan, one of the judging leaders for this year’s Create Cooking Challenge, said he not only thought Adam presented a “good video all around”, but also “demonstrated strong technical skills and does an amazing job presenting the recipe for his dish.” In fact, several of the judges commented on the great job Adam did to engage the viewer in his video. Diane Kochilas mentioned that personal stories were “cool” and had a “human touch”, while Nick Stellino said he was impressed with “the way” Adam taught viewers Pati Jinitch repeatedly praised the way he guided the viewer through an Indian dish, “describing it in colloquial terms so we all know what he’s talking about”. She was also impressed with his knowledge of all the ingredients he uses. Her and Kevin Belton both said they were looking forward to trying her recipe, which is called Mocha with Pupper, described by Adam as “scrambled eggs with an Indian twist”.

Adam has pledged to focus his CreateTV.com digital series on “Indian-inspired” recipes representing a kind of “fusion with more familiar standard restaurant recipes”. He says they won’t be too “hot” and will instead use spices and aromatics to make each dish more accessible to the average home cook.

Second Prize Winner, Denis PerezDay, Dennis Perez, by Dennis Perez by Tampa, Florida, works in IT and manages software development teams. Away from his computer, however, Dennis is in the kitchen tinkering with recipes and recording videos, or outdoors pursuing his other passions: hiking and archery.

Page 3, Announcing the Winners of the Create a Kitchen ChallengeWhether it’s in the kitchen, at his computer, or shooting arrows in the field, Dennis is focused on what he loves to do, and sharing those skills is important to him. Dennis was raised in a multi-generational environment, with a family that spent more time in the kitchen than any other room in the house. His family first settled New York after leaving Cuba and after many years, have made their way to Tampa, where they live now. He said that in his family, you “grew up in the kitchen” because it was the heart of their home and “love is expressed through food”.

His winning video, Cuban picadillo, received praise from the judges. Diane Kochilas said she found Dennis “very engaging” saying she learned something from his stories, while Nick Stellino was looking forward to seeing Dennis host a series. Pati Jinitch and Kevin Belton both praised his work for keeping viewers interested with interesting shots and tips for substitutions in his recipe.

Come to CreateTV.comAs work begins on the series of the two winners, they are expected to premiere in the fall. Now in its fourth year, the Create Cooking Challenge has received nearly 110 submitted videos from across the country, with viewers coming from more than 60 local public television markets. In addition to the first two prizes, 16 prizes were awarded to entrants from local Create stations and the public television markets of New York, California, Wisconsin, Florida, Washington, Georgia, Maryland, Virginia, New Hampshireand Arizona. A full list of the 18 contest winners, their video and hometown can be found below, while their videos, recipes and local station information can be found at https://createtv.com/originals/create- cooking-challenge-my-finalists-of-family-recipes-2022.

Create a cooking challenge: additional winners of my family’s recipe, their recipe, hometown and link to entry:

Sponsored by US Public Television. NO PURCHASE NECESSARY. Open to legal residents of the fifty United Statesthe District of Colombia and US territories. 18 years or older. Began 03/08/22 at 12:01 a.m. ET; ended 04/05/22 at 11:59 p.m. ET. For complete official rules, visit www.CreateTV.com/challenge.Void where prohibited by law.

About Create: Now in his 17e year, Create® is the premier lifestyle channel featuring public television’s most popular how-to series, focusing on food, travel, home and garden, arts and crafts, fitness and fitness. lifestyle. Create is produced and distributed by American Public Television (APT); The WNET group (New York); and GBH Boston, in association with the National Educational Telecommunications Association (NETA) and PBS. Create TV is carried by 241 local public television stations nationwide, reaching over 83% of USTVHH, and is seen in 21 of the top 25 US television markets. Create’s companion website, CreateTV.com, has plenty of videos, the Create TV schedule, program and host information.