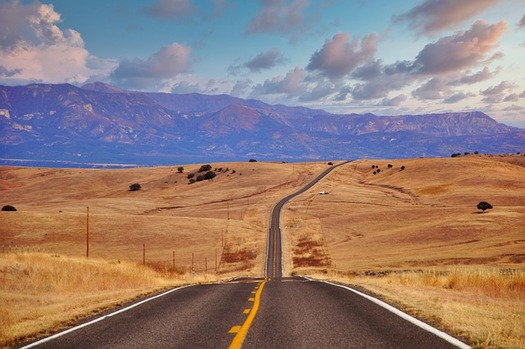 In an effort to provide financial relief to New Mexicans struggling with rising gas and food prices, lawmakers are meeting today for a special session in Santa Fe.

The governor said she would like changes to a spending bill to protect New Mexicans’ paychecks and provide additional financial relief and security.

James Peach, professor emeritus of economics at New Mexico State University, said that despite the Federal Reserve raising interest rates last month to stave off a recession, he does not expect a quick turnaround.

“There’s not much to be optimistic about right now,” Peach said. “And given the supply chain and the war in Ukraine, there probably won’t be any relief for several months.”

New Mexico currently has a $1 billion budget surplus from revenue from the oil and gas industry, and the legislative session will likely result in refund checks. Advocacy group New Mexico Voices for Children would like people at the bottom of the income scale to receive a little more money to help pay rent and run errands.

According to a recent CBS News report, the repercussions of COVID-19 and rising gas prices due to Russia’s war on Ukraine could cost Americans up to $3,000 this year.

“Paying $5 a gallon for gas, while you’re waiting at Starbucks for a $6 latte, doesn’t seem like a sacrifice to me,” Peach said.

In New Mexico, a gallon of gas costs more than $4, but Peach argued that only those who earn the least money really feel the pinch.

“Gasoline is a very small part of the average consumer’s budget,” Peach explained. “That’s not true if you’re at the bottom of the income scale and have to drive some distance to work. But cars these days are much more fuel efficient than they used to be.”

By the end of March, New Mexico’s unemployment rate was improving, but still the highest of any state in the country at 5.9%, according to the state’s Department of Workforce Solutions.

Disclosure: The New Mexico Coalition to End Homelessness contributes to our Domestic Violence/Sexual Assault and Housing/Homelessness Reporting Fund. If you would like to help support news in the public interest, click here.

Advocacy groups in Pennsylvania are calling on lawmakers to redistribute billions of dollars in federal coronavirus aid to Commonwealth residents.

Pennsylvania has received more than $7 billion from the US bailout, and $2.2 billion has yet to be allocated. Nick Pressley, director of campaigns for the Pennsylvania Budget and Policy Center, said investing federal aid directly in working families would help the state’s economy continue to recover from the pandemic.

“The best way to help Pennsylvania families and small businesses,” he said, “is to send them direct checks to help offset costs resulting from a faster-than-expected economic recovery.”

Pressley said an approach backed by some lawmakers calls for one-time rebate checks for low-income renters and homeowners, low-to-moderate income families, and individuals or small businesses who own vehicles below a certain size. They also want to see grants for small businesses affected by the pandemic. Republicans have advised saving relief aid, pointing to future operating deficits outlined in a
report of the non-partisan Independent Tax Office.

Most of the proposals are included in Gov. Tom Wolf’s “Brighter Pennsylvania” plan. GOP lawmakers have suggested the federal relief be used for a gas tax holiday, which would cut the state gas tax by one-third through the end of this year. Pressley argued that this type of tax cut would primarily benefit large businesses, which use the roads for shipping.

“The record is very clear,” he said. “When gas taxes go down, rich oil companies don’t cut prices at the pump at the same rate, if at all.”

In total, Pressley said, the proposed rebate checks and small business grants would cost more than $3 billion, which is more than the state has technically left in federal funds. But Pressley said lawmakers put most of the bailout dollars into the state’s general fund, which is on track to have a surplus of about $4.7 billion by the end of the year. exercise. Some advocates and lawmakers believe Pennsylvania should withdraw from that fund to support stimulus programs.

Disclosure: Keystone Research Center, Inc. contributes to our Policy and Budget Priorities, Living Wages/Working Families Reporting Fund. If you would like to help support news in the public interest, click here.

A press conference at the Pennsylvania Capitol on Wednesday called for changes to the rules of procedure in Harrisburg.

Good government groups have launched the Fix Harrisburg campaign, claiming that a select few leaders are preventing bipartisan bills from receiving a vote despite broad support. In an average session, less than 7% of bills introduced in the General Assembly get a final vote.

Michael Pollack, executive director of March on Harrisburg, said he and other advocates had been trying for years to pass a bipartisan law banning legislative giveaways, but it had been blocked by some General Assembly leaders.

“We keep coming here for justice because, frankly, we don’t know where to go,” Pollack explained. “We’re going to keep fighting, and we’re going to keep pushing until it’s a democracy, until six guardians don’t figure out every little thing about this building, until the lobbyists can’t come in with big checks and buy their way out of trouble.”

So far this session, no bill introduced by Democrats, the minority party in both houses, has passed the House. The campaign calls for bills with strong bipartisan support to be voted on in committee. If they’re voted off the committee, they say they should get a vote on the floor of the chamber.

Johanna Byrd, executive director of the Pennsylvania National Association of Social Workers chapter, said pandemic telehealth waivers are currently set to expire on June 30, which is of concern to providers. Byrd pointed out that the telehealth legislation passed the Senate but had been waiting for a House committee vote for months.

“If something has not been adopted, it will result in a disruption of services for literally millions of Pennsylvanians who have become accustomed to accessing treatment via telehealth and who will no longer have that as an option as he returns to his pre-pandemic state,” Byrd pointed out.

Conservation groups said it would help the state get back on track to meet its Chesapeake Bay Clean Water Blueprint goals.

The funds will go towards the Pequea and Halfmoon Creek Watershed Restoration Plans, to reduce nutrients and sediments that alter creeks and streams.

Harry Campbell, Pennsylvania science policy and advocacy director for the Chesapeake Bay Foundation, said the influx of resources will play a part in closing a $324 million annual shortfall in its plan to reduce pollution ending up in the bay.

“This will help people who live in these watersheds get the resources to design and implement these high-priority best management practices,” Campbell explained. “Ultimately moving towards improving waterways to the extent that they become unimpaired and then functional, for things like fishing, swimming and all these other opportunities.”

“Half of that would be used to establish an agricultural cost-sharing program,” Campbell said. “It would help Pennsylvania’s more than 50,000 farmers design and implement these conservation practices that keep soil and nutrients on the land instead of in the water.”

In the Pequea Creek watershed, the money will support cover crops, no-till agriculture, riparian buffers and more to help keep soil out of waterways. For Halfmoon Creek, it will serve to reduce sediment, preserve and restore land, and support watershed stewardship.

More than 80 percent of the state’s remaining bay pollution reductions are to come from agriculture.

Disclosure: The Chesapeake Bay Foundation contributes to our fund for reports on energy policy, rural/agriculture, sustainable agriculture, and water. If you would like to help support news in the public interest, click here.