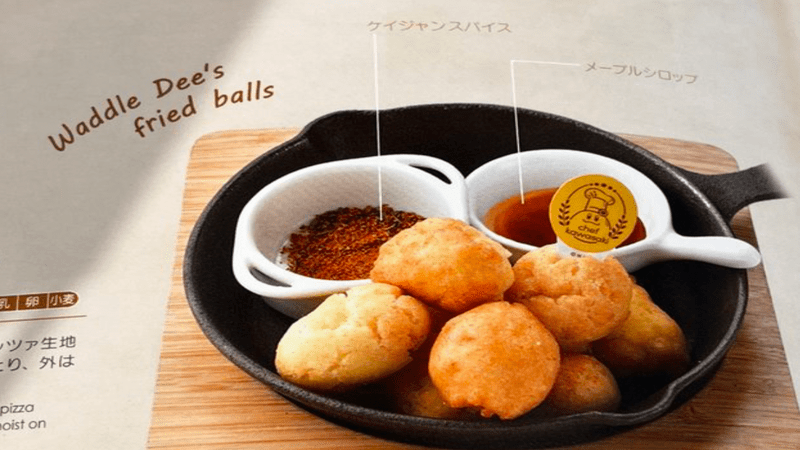 Netizens were amused by the name of a dish on Japan’s official Kirby Café menus called “Waddle Dee’s Fried Balls.”

The dish was named after the story about video game characters Kirby and a group of Waddle Dees opening a restaurant. As they are unable to cook anything, the characters enlist Chef Kawasaki and the Waddle Dees help roll the pizza dough.

Update your settings here to see it.

More from NextShark: ‘Boiling Point of Acceptance’: AAPI Actors Share Their Views on the Representation of Asian Men in Hollywood

Nintendo opened the first Kirby Café in Osaka, Japan on August 5, 2016, and there are currently two permanent locations, one in Tokyo and one in Hakata.

More from NextShark: ‘Terrace House’ star’s mother who killed herself after being bullied online to sue producers