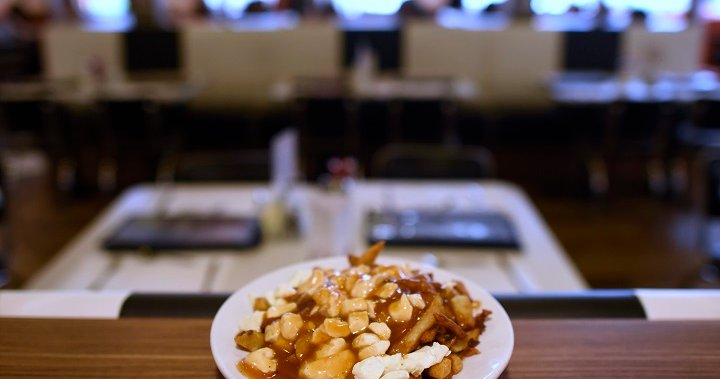 A Quebec restaurant has removed the word “poutine” from some of its brands because the famous dish shares a name with the Russian president.

Drummondville, Que., restaurant Le Roy Jucep announced on Facebook last week that it was temporarily removing the word “poutine” from some of its online brands to express “deep dismay” at Russian aggression in Ukraine.

Montrealers, worried about their Ukrainian relatives, desperate to help

The restaurant has since deleted the post, but its Facebook page still describes him as the inventor of “cheese sauce fries” rather than poutine.

Poutine was invented in Quebec in the 1950s or 1960s, and the founder of Roy Jucep is among those who claim to have invented the fast food staple.

The restaurant also shared a video on its Facebook page of a Ukrainian woman who appeared on Radio-Canada and thanked the restaurant for the gesture.

“If we managed to make someone smile over there, it’s already won! the restaurant wrote on Facebook.

“We are with you with all our hearts.”