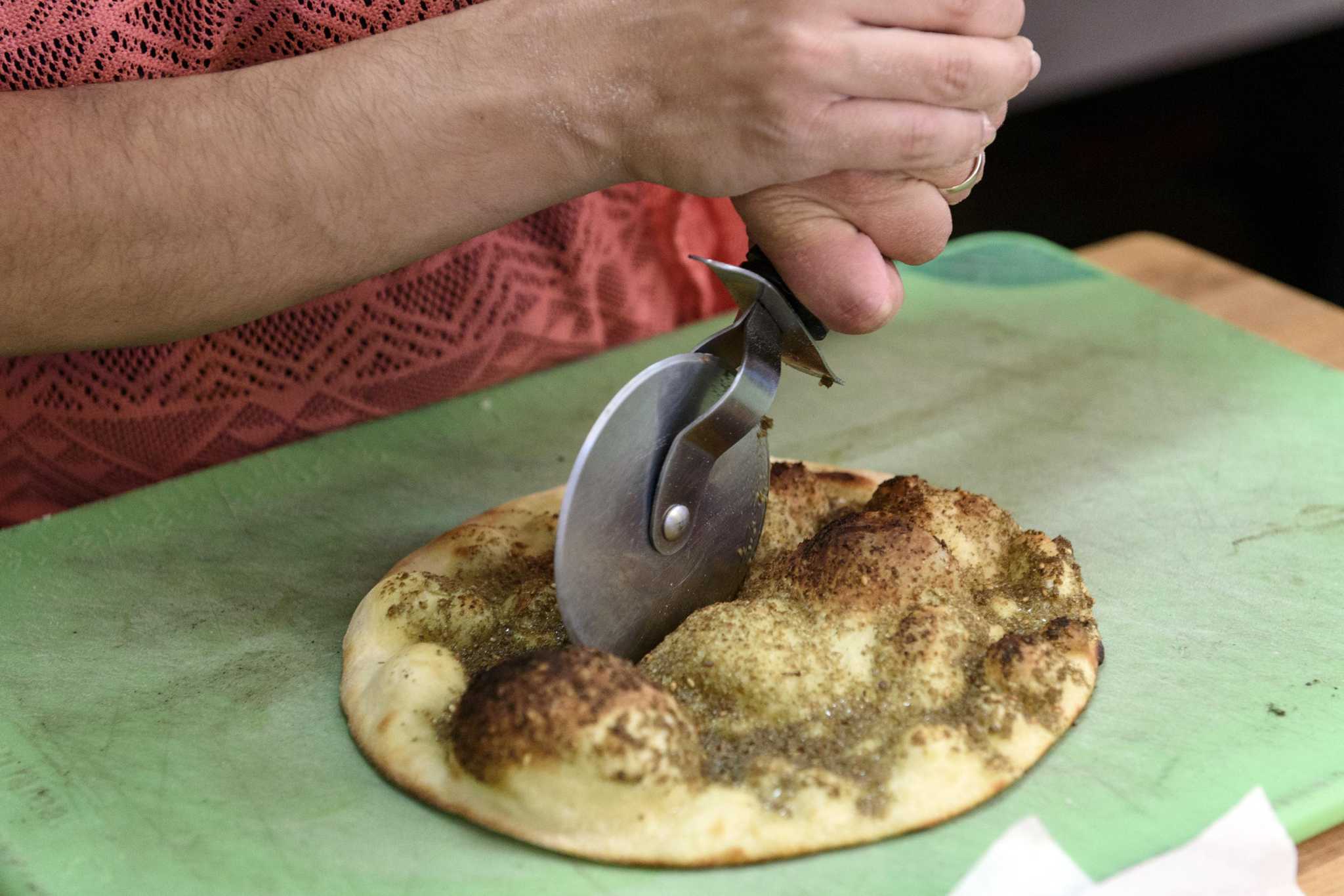 Assil will bring its popular mana’eesh (flatbreads) topped with za’atar, homemade dips and freshly baked Arabic pastries to a kiosk in the former Cowgirl Creamery space in late September. Diners can grab a mana’eesh topped with chicken and caramelized onions, or hang out at a bar with a cup of cardamom cold brew coffee. Expect pita with muhammara, the slightly sweet, deep red pepper spread; and baked goods like fatayer sabanikh, turnovers filled with spinach and onions. New dishes will also be available only at this location.

The new Reem’s, inspired by street bakeries in Syria and Lebanon, also reflects a new approach to expansion for Assil. This will be the first of many small kiosks she plans to open in the Bay Area.

“What are the smaller outposts of Reem like, which can be accessed by a wider range of people without a heavier lift?” she says.

It is also a sort of homecoming for Assil. Before she opened her successful restaurants in Oakland and San Francisco, people lined up for a hot mana’eesh at the Ferry Plaza Farmers Market every Saturday. The Reem Farmers’ Market stall closed in 2020, but has built such a loyal following that Assil said she still sees orders at the Mission District restaurant asking for “farmers’ market style”, meaning that mana’eesh should be cooked on the saj grill until slightly crispy on the outside and mushy on the inside, with plenty of za’atar.

She’s also excited to be part of what she described as a “time of change” for the Ferry Building, with more diverse restaurants operated by people of color. The culinary destination is now home to Black Oakland-owned Red Bay Cafe, Filipino-Mexican food truck favorite Señor Sisig, and Latin American spot Cholita Linda. (However, the Ferry Building has faced numerous pandemic closures, including the longtime Cowgirl Creamery and, more recently, the Golden Gate Meat Co.)

“It feels good to be part of this renaissance where there is more diversity in the offerings,” Assil said.

Beyond her culinary accolades, Assil is also known in the food community as a social justice activist. Last year, his restaurants replaced tipping with a 20% “worker resilience service fee,” which helped raise wages and pay for health care and other benefits.

She is also transitioning Reem’s to worker ownership. Once the process is complete, all restaurants, including the Ferry Building, will be run by the workers.

Assil has built a sequel through Arabic Street Food in Oakland’s Fruitvale neighborhood (that location closed last year, though a police station kitchen remains open) and a second restaurant that opened in the district of Mission in 2020. It has since expanded to Bay Area grocery stores, which sell Mana’eesh, falafel and other frozen baked goods from Reem’s.