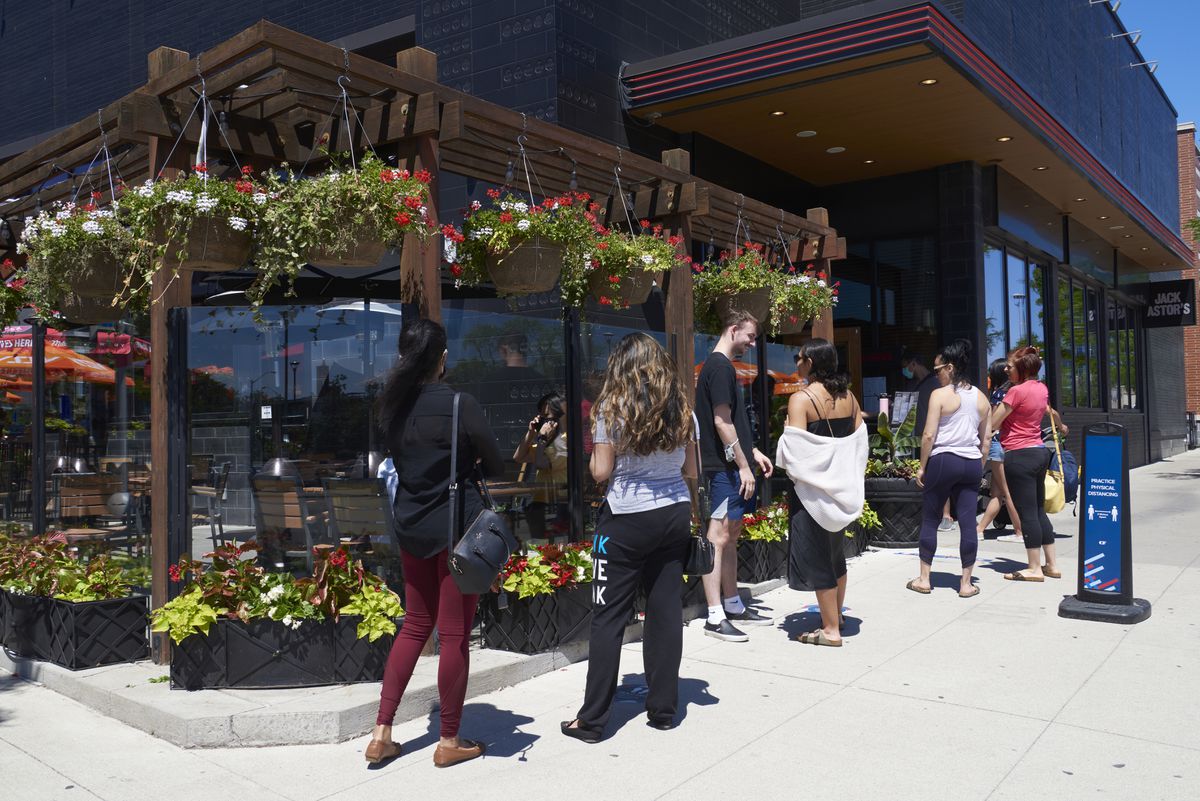 Less than two weeks after denigrating its biggest unitholder, the SIR Royalty Income Fund, which distributes income royalties from restaurants like Jack Astor’s, advised its investors to vote him on its board of directors.

The fund recommends investors vote for Lembit Janes, the former chief executive of Janes Family Foods, and two nominees he chose to the board of directors at the fund’s annual general meeting on June 29. This ends a dispute, mainly conducted through press releases, between Mr. Janes and the fund. The feud began in January when the fund was the subject of a takeover bid by SIR Corp., the restaurateur from which the fund distributes royalties.

With customers returning to the terraces of SIR restaurants in Ontario, the trust will soon resume cash distributions that were cut last year due to the pandemic.

If Mr. Janes and his nominees are elected, they will have significant influence on the board, which will be expanded to seven members as part of the settlement agreement. The deal was announced on June 14, just weeks after the fund said Janes had “a demonstrated history of litigation and disruption” and a “lack of clarity as to his true intentions.”

Mr. Janes retired from Janes Family Foods, best known for its frozen chicken strips, when it was taken over by Sofina Foods Inc. in 2012. He declined to be interviewed.

“The fund, SIR and Mr. Janes have negotiated a full settlement of the issues in dispute,” said Bruce Wigle, spokesperson for the fund, in a statement. “The fund and RREC believe that the issues have been resolved in the best interests of all unitholders. We look forward to working constructively to enhance unitholder value with a proposed new roster of diverse Trustees. “

The fund, which is listed on the Toronto Stock Exchange, has a partnership with private company SIR, which operates restaurant chains including Jack Astor’s, Scaddabush Italian Kitchen, Canyon Creek Chophouse and Reds Wine Tavern. The fund pays monthly distributions to unitholders from restaurant income. Jack Astor’s restaurants make up the majority of the 51 establishments in the royalty pool.

In March 2020, the fund suspended its monthly distributions to unitholders due to COVID-19 restrictions that banned indoor dining across Canada. Ten months later, SIR offered to buy the fund for cash at $ 3.55 per unit, worth approximately $ 29.7 million. Mr Janes opposed the deal, saying the proposal “significantly undervalues ​​the fund” since its trading price fell by more than 50% during the pandemic.

The fund criticized the mini-tender for having taken place at a time when the shares were trading at a relatively low price. He also criticized the size of the offer.

“If this is done, Janes would own around 19.5% of the shares,” the fund wrote in a January press release. Mini-takeover bids are designed so that the acquirer owns less than 20% of an entity’s outstanding equity securities, thereby avoiding the disclosure and procedural requirements applicable to most bids. under Canadian securities regulations. “

Ultimately, Janes acquired over 320,000 units under the mini-tender, garnering a 13.8% stake. SIR abandoned its offer for the fund in February and revealed that it has been discussing buying the fund since July 2020.

Mr. Janes continued after SIR abandoned its offer, buying more shares and criticizing SIR for its continued halt in distributions.

“The price of the fund was negatively affected by the decision of SIR and the fund trustees to stop all distributions, which I believe makes the fund the only TSX-listed restaurant royalty company to abandon its operations. distribution commitments, ”he wrote in February. The fund said SIR had to suspend distributions in order to waive various covenants with its primary lender, the Bank of Nova Scotia, to which the fund is subordinated.

Restaurants like Boston Pizza, A&W, and The Keg Steakhouse also distribute royalties to income funds. Funds for Boston Pizza and A&W suspended distributions for several months. The Keg twice reduced the size of its distributions during the pandemic.

In April, after accumulating 18.7% of the fund’s outstanding shares, Janes announced in a press release that he had “lost faith” in the three members of the fund’s board, all of whom held their position since 2004.

“Whether they are truly independent in 2004, after 17 years, it is just time to change,” he wrote. “SIR has acted in a clearly self-interested manner, according to Janes, to the detriment of unitholders, and the independent trustees have not done enough to protect unitholders.

He proposed himself and two recently retired executives, Stephen Dewis and Michael Lee Fisher, to replace the incumbents. Mr. Janes also secured the backing of Bill Irvine, the fund’s second largest independent unitholder, who held 12.34% of the fund’s shares at the start of June.

In late May, as provinces prepared to ease COVID-19 restrictions, the fund announced it would start paying royalties on its sales from July 7. It has also set itself a goal of repaying deferred royalties by July 6, 2022, when a long-standing credit agreement it has with Scotiabank expires.

On June 2, the fund criticized Janes, saying he “had undermined the integrity and independence of the holders,” and called him contentious and disruptive. They said, however, that it would be “reasonable” to have a significant unitholder like Mr. Janes represented on the board. Twelve days later, the fund and Mr. Janes settled the dispute.

“I look forward to working with the other Trustees and the SIR Corp team. to increase value for unitholders, ”he said in the fund’s press release regarding the settlement.

Your time is precious. Receive the Top Business Headlines newsletter delivered to your inbox in the morning or evening. register today.

Devastation caused by tornadoes, but also by hedge funds

Auto repair loans: what to know and where to find one