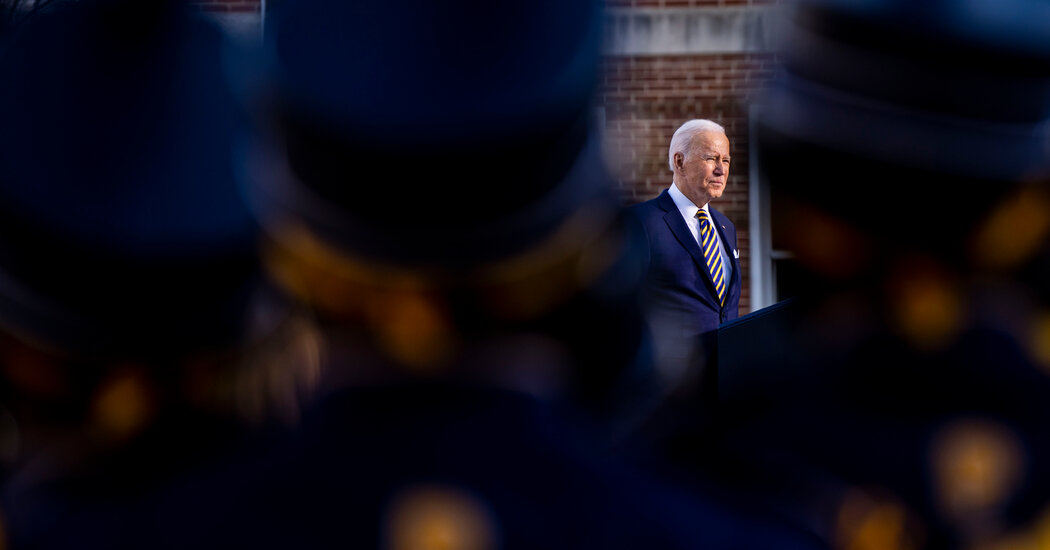 Reviews | Welcome to the “Well, now what?” Story stage

Gail Collins: Bret, I suspect even some avid readers roll their eyes and turn the proverbial page when the subject of filibuster comes up.

Bret Stephens: In the thrills department, it sits somewhere between budget reconciliation and continued resolution.

Gael: Yet here we are. Looks like Joe Biden’s voting rights package is doomed because he can’t get 60 votes in the Senate to break a filibuster. I tend to sigh deeply and then change the subject, but duty prevails.

Brett: This is another depressing sign of the Biden team’s political incompetence. How did they think it was a good idea for the President to travel to Georgia to deliver his scathing speech on suffrage without first checking with Kyrsten Sinema that she would be willing to change the filibuster so to have a chance to pass the bill? And then there was the speech itself, which seemed to me… misjudged. Your thoughts?

Gael: If you mean, was it delivered poorly — well, after all these years, we know that’s the Biden way. He may rise above it, as he did with the January 6 uprising speech, but it won’t happen much.

Brett: I meant Biden’s suggestion that anyone who disagreed with him was on the side of Jefferson Davis, George Wallace and Bull Connor. The increasingly glib habit of calling people racist when they disagree with a political position is what I expect from Twitter, not from a president who presents himself as a unifier. And again, that’s political malpractice, at least if the goal is to do more than just ring the bell to impress the progressive base.

Gael: I see nothing wrong with expressing anger at the way some states run their elections. It is therefore very difficult to vote by mail. Require citizens to register at least 30 days before the actual election, as Mississippi does. I cannot say to myself that the objective is not to restrict the number of voters, in particular new voters who will not necessarily feel welcome at the polls.

Brett: Many of the supposedly restrictive election laws in red states are actually the same or better than in some blue states. For example, Georgia has 17 days of early voting. New Jersey has nine. Georgia allows anyone to vote by mail. In the absence of a pandemic, New York only allows it if you are out of town or have a prescribed excuse.

Although there are aspects of these laws that could be improved, I do not see how this corresponds to Jim Crow 2.0, as the president seems to think. He better work to fix the voter count law, or make it a crime — if it isn’t already — to pressure state officials to meddle in the vote. , as Donald Trump did with Brad Raffensperger of Georgia when he asked him to “find 11,780 votes”.

Gael: Well, we totally agree with the Electoral Count Act of 1887. Let’s go back to Kyrsten Sinema for a minute – nothing is going to induce him to do anything that threatens filibuster, also known as rule that makes Senator Sinema marginally relevant.

Brett: You won’t be surprised to learn that I’m liking Arizona’s new maverick more and more. Everyone hates the filibuster until it is their turn to be a minority in the Senate, at which point they become a vital institutional safeguard against the tyranny of the majority. I guess you disagree…

Gael: Well, I’d like to go back to when you could only maintain the filibuster by continuing to stand up and talk. Instead of just going home for dinner.

It would be a show of real commitment, rather than just a desire to score points as an independent before the next election in your swing state.

Brett: Yeah, but then you should be doing stuff like watching Ted Cruz filibuster reading “Green Eggs and Ham” from the Senate well, which violates the Eighth Amendment proscription on cruel and unusual punishment, not to mention the United Nations Convention on the Rights of the Child.

Opinion talk
What will work and life look like after the pandemic?

Gael: I kinda like the idea of ​​Ted rocking back and forth as he reads over and over again, while his co-workers yell “Go back to Cancun!”

Brett: Ha! Changing the subject, Gail, I was really struck by our colleague David Brooks’ column last week. He listed all the ways socially destructive behavior has increased: reckless driving, hate crimes, drug overdoses, homicides, and more. Obviously, the pandemic has a lot to do with it, but there must be more at work here. Ideas?

Gael: You know my theory that the Internet has changed human relationships in ways we can’t compare to since the Postal Service started bringing letters and newspapers from afar.

The pandemic is obviously driving everyone crazy. But the overall long-term goofy politics also has to do with the outside world in which people can now communicate in so many new and often horrifying ways.

What do you think?

Brett: The old unit taught people how to negotiate differences in communities they had not chosen for themselves. And the old solitude often involved long periods of committed solitude, like reading a novel, gardening, or building a model ship. But the new friendliness allows us to select the communities we belong to, mostly with people who like what we like, hate what we hate, and never question our assumptions. And the new loneliness often means scrolling through endless internet distractions without ever focusing on anything in particular. The result is that we now live in a world where people know neither how to be together nor how to be alone. It’s the ultimate recipe for misfortune and bad behavior.

Anyway, that’s my theory, probably full of holes. But speaking of Together Alone, what is your vision of Kamala Harris’ place in the administration?

Gael: Well, I love the Together Alone thought.

And maybe Harris would count as the only set. She is physically present for a lot of things where she doesn’t really have a role.

Brett: In many ways, that’s what the vice presidency was like — an office that John Nance Garner, FDR’s first veep, described as “not worth a bucket of hot spit”. Except he used a slightly more pungent word than spit.

Gael: I have to admit that Harris never knocked me down as a potential president. And as a veep, she’s stuck between missions no one could do, like solving the Mexican border crisis, and things she’s just plain bad at, like some of the jobs inside the administration. that its staff does not seem able to control. A group that is shaken by a constant turnover, by the way.

Tell me your thoughts.

Brett: Someone told me – maybe it was you – that Harris is warm and funny in person. But she’s a poor politician, and it showed when she left the Democratic primary in front of the Iowa caucus. Repairing the border is not mission impossible. It requires a mix of hard-headed security provisions of the kind that past Democratic administrations were willing to put in place; ambitious legislative proposals to create broader pathways for legal immigration; a willingness to accept “Remain in Mexico” as an interim policy on the condition that we help the Mexican government guarantee humane conditions for migrants; and long-term economic and security assistance for struggling Latin American states.

Gael: We might have an argument over some of your details, but it seems kind of silly to argue over the administration’s position on Mexico when there doesn’t always seem to be one.

Brett: In the meantime, I hope other Democrats are thinking seriously about who the party should nominate in 2024, because I don’t see Biden running or Harris replacing him. Early favourites?

Gael: I always watch the field. There are many possible women, like Senator Amy Klobuchar. And I must admit that I have always had a soft spot for Pete Buttigieg, the current Secretary of Transportation. He was an attractive candidate for president before, and with all that road building money, he has a great job making friends. In contrast, when I quickly answered your question for the first time in my mind, I imagined Buttigieg but gave him the name of the recently deceased director Peter Bogdanovich. So maybe former Mayor Pete has a way to get his name out there.

Brett: Same problem on my side. I’m impressed with Gina Raimondo, Secretary of Commerce and former Governor of Rhode Island. But the first name that came to mind was Gina Lollobrigida.

Gael: Before you leave, tell me how you’re coping with the super cold weather. I have to admit, thinking about eight or ten more weeks of winter is a little depressing. Even Covid would be more manageable if we could take a sunny walk. Any tips for adapting to the long cold future?

Brett: I hear AOC thinks Florida is a great place for a winter getaway, regardless of Covid risks. Good for her to take a vacation in the neighborhood. For my part, I remain in a New York state of mind.