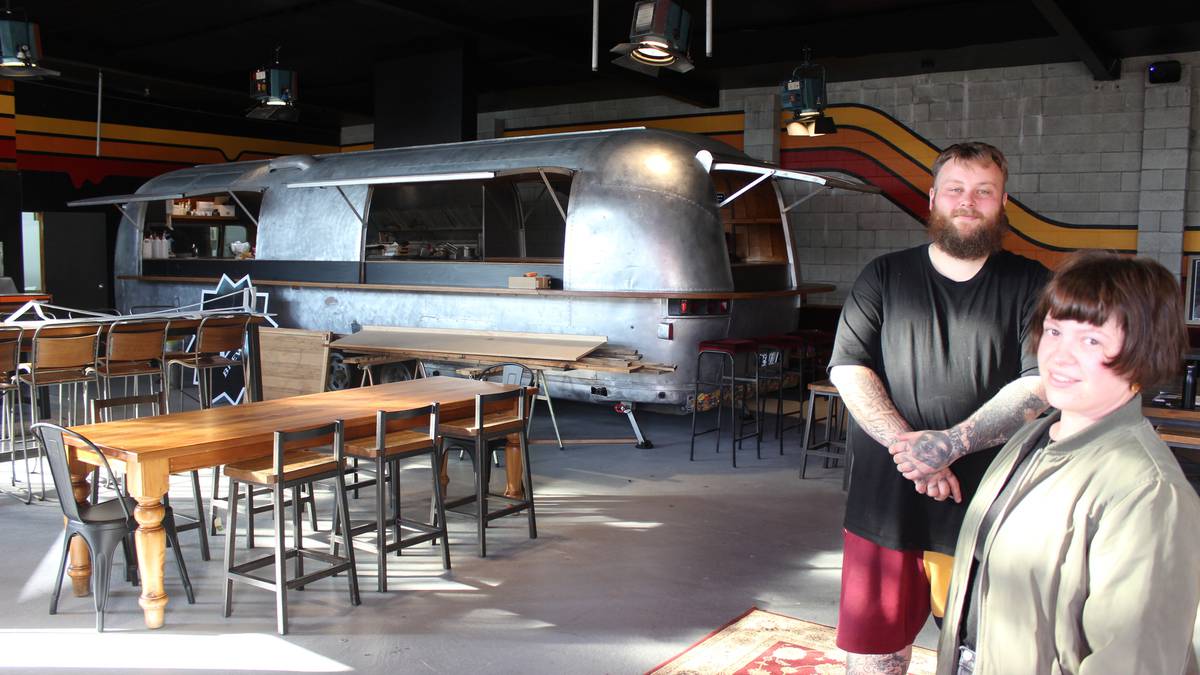 A vintage Airstream trailer is the main feature of a new dining establishment about to open at Paraparaumu Beach.

Extensive work has been done on the trailer that will serve as the kitchen and bar as part of Salty’s Diner at Seaview Rd.

Carrie Ede, who runs Salty’s with her business partner Bradley MacKay as well as Todd Cameron, said they had been looking for a food truck for a few years that had the right image to be part of the Salt n Wood Collective restaurant in Waikanae.

“Salt n Wood has a heavy meat smoker, so it was always our intention to have a food truck that he could supply as well.”

An Airstream was discovered and purchased, resulting in a large amount of renovation work over a long period.

“It was rebuilt from the frame,” Bradley said.

“The only thing that’s the same is the silver structure minus the windows and doors that we had to cut out.

“On top of that, everything has been rebuilt inside and below.”

But then there were doubts about carrying it to beer festivals due to its weight.

“So we decided to find a permanent site for him,” Carrie said.

The site was found in a large space on Seaview Rd which once housed a curtain making operation and before that a thrift store.

“We came across this warehouse around July last year, just before we entered the second lockdown.

“At that time, we had no solid intention of putting it [the Airstream] in a warehouse and immediately open it as its own site.

“We were focused on Paekākāriki [where another venture is under way] but then this warehouse popped up. It sounded perfect, so we jumped on it.”

Extensive work over several months converted an ordinary cinder block shell into Salty’s with the Airstream in the spotlight.

Another interesting feature of Salty’s is the number of lights, which were used at Avalon Studios, which adds to the retro feel.

Finishing works at Salty’s are in progress before a very soon opening.

“People seem to be super excited, which is reassuring in these uncertain times for hospitality businesses,” Carrie said.

“It’s a crazy time to open anything now, but it is what it is, and I think it will work.

“It will be a kind of social place where you can meet your friends, drink North End beer, have a really good messy burger, play pool or arcade games.

“The menu style is a food truck that will change often.

“I would like to turn it into a concert hall in time.

“We’ll open it up first and see what works.”

Bradley said, “I’m excited. It’ll be a cool place to come and hang out.”