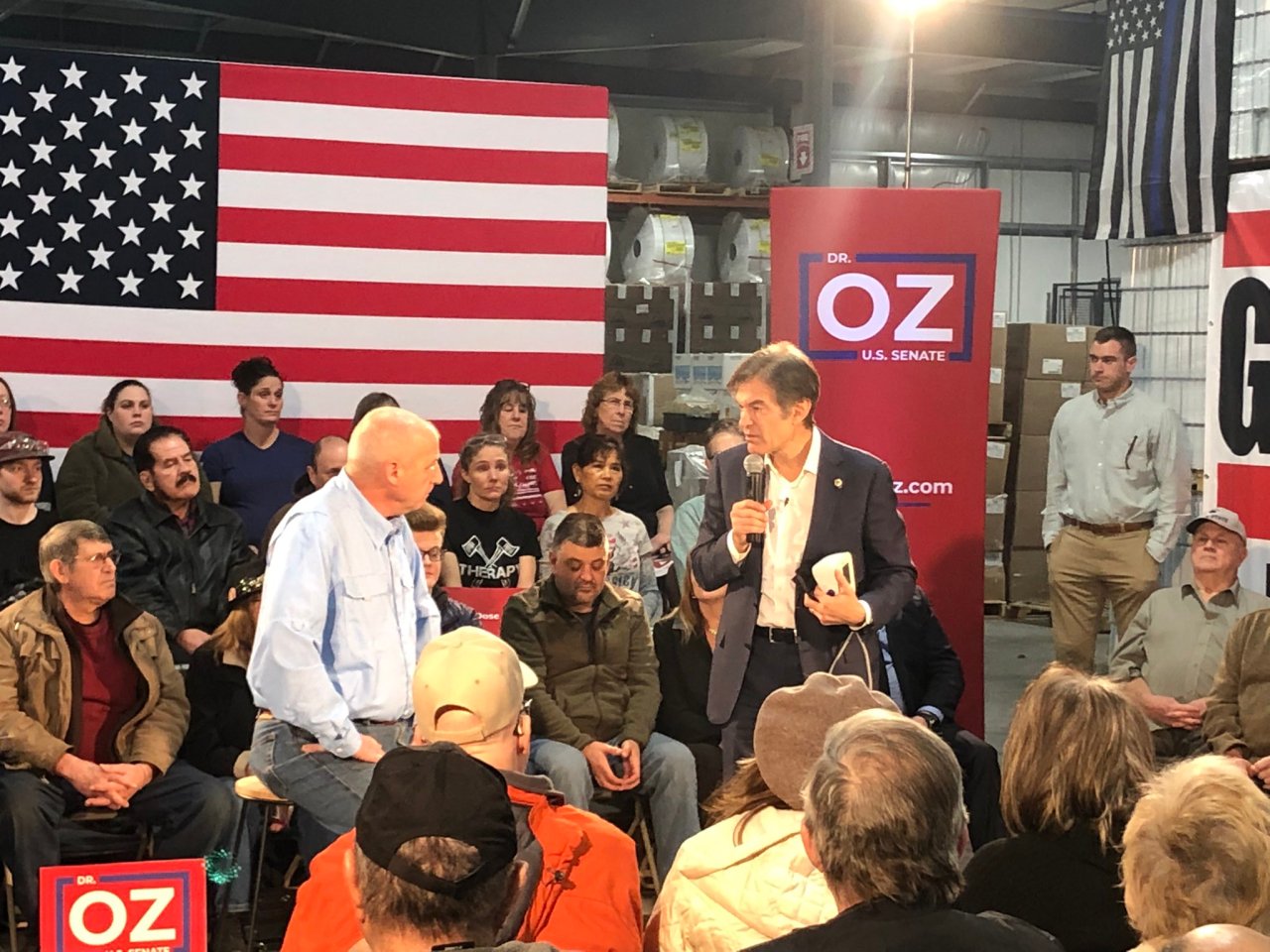 Dr Oz visited the Summit Diner, located on Center Avenue in Somerset, where he met and spoke with locals before his town hall to find out what issues were happening in Somerset.

Some of the families he spoke to expressed concerns about opioids and staffing issues. Dr Oz responded by expressing his desire to strengthen the border and criticized the way the Biden administration for what he called “paying people not to work”.

When Dr. Oz, who lived in New Jersey for 30 years, was asked why he was running for Pennsylvania’s seat in the US Senate, he talked about something his father told him when he was young.

“I grew up in South Philadelphia near the mushroom capital of the world, Kennet Square,” Dr. Oz said. “That’s where my dad told me not to be treated like a mushroom or you’ll be kept in the dark and fed manure all day. That’s what happened to a lot of people in Pennsylvania.

Subsequently, at around 9 a.m., Dr. Oz visited Guy Chemical Company Inc. in Somerset to hold an event at Town Hall.

At the town hall, a member of the crowd asked him if he was called a “Republican in name only,” which is seen in attack ads. Dr. Oz told the crowd that he was pro-life, pro-Second Amendment, and said his opponent, David McCormick, had ties to China.