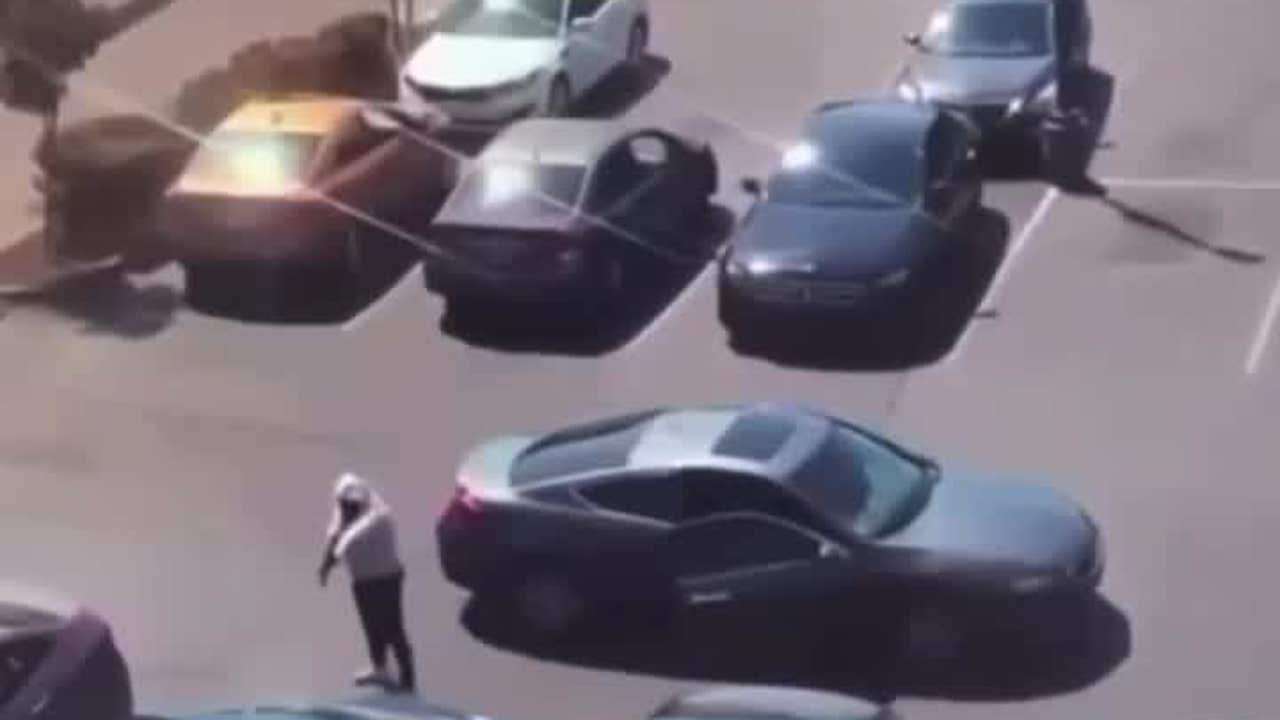 Surveillance video of fatal shooting in front of Vallejo restaurant

KTVU obtained surveillance footage of a fatal shooting in Vallejo on Thursday afternoon. The video contains violent footage which may disturb some viewers. Video credit: @paaidoscar

VALLEJO, Calif. – Surveillance video obtained by KTVU on Friday shows a man opening fire on a car outside a restaurant in Vallejo, killing one person.

The scene took place Thursday afternoon in the parking lot of the Black Bear Diner on Admiral Callaghan Way.

Video of the incident shows a Honda Accord Coupe entering the parking lot and a man, dressed in a light-colored hooded sweatshirt, jumps out of the passenger seat with a gun.

Disclaimer: This video above contains graphic violence that some viewers might find disturbing.

Vallejo police are investigating his second homicide in as many days, the latest in broad daylight at a busy shopping mall.

The man then targets a parked Prius and it unleashes a barrage of gunfire. Police said the bullets hit a 38-year-old man from Richmond. He died at the scene.

The identity of the victim was not disclosed.

Police made no arrests in this case.

Recovering woman, driver not cited after crash that led to food truck fire