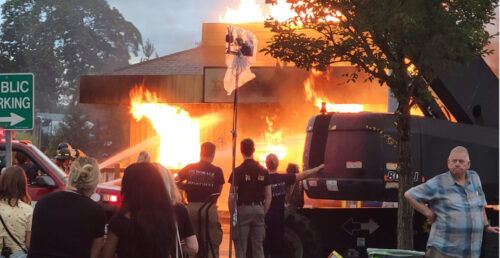 Rita’s Diner made headlines last week when it made a brilliant appearance in Cloverdale, Surrey. If you go looking for it now, you will be disappointed to see parking in its place. That’s because the restaurant was set on fire for a new TV series starring Hilary Swank.

Rita’s was built in the space of a week in downtown Cloverdale, where it will make an appearance in a new television series called Alaska Daily. Swank stars in the series as a reporter looking for a fresh start in Alaska, and she works for a newspaper in Anchorage.

The made-for-TV restaurant was set alight by carefully controlled propane cannons, as recorded cameras and local residents looked on. The propane cannons were triggered around 8 p.m. on August 10, when the first filming took place.

Paul Orazietti, executive director of Cloverfield BIA, was present at the scene and narrated the scene for Daily Hive.

“The day begins with a protest scene in front of the restaurant. One of the main reporters shows up after the fire engines. The production company was very safety-conscious with the fire scene under control, and many fans had gathered for more than three hours before the fire scene. 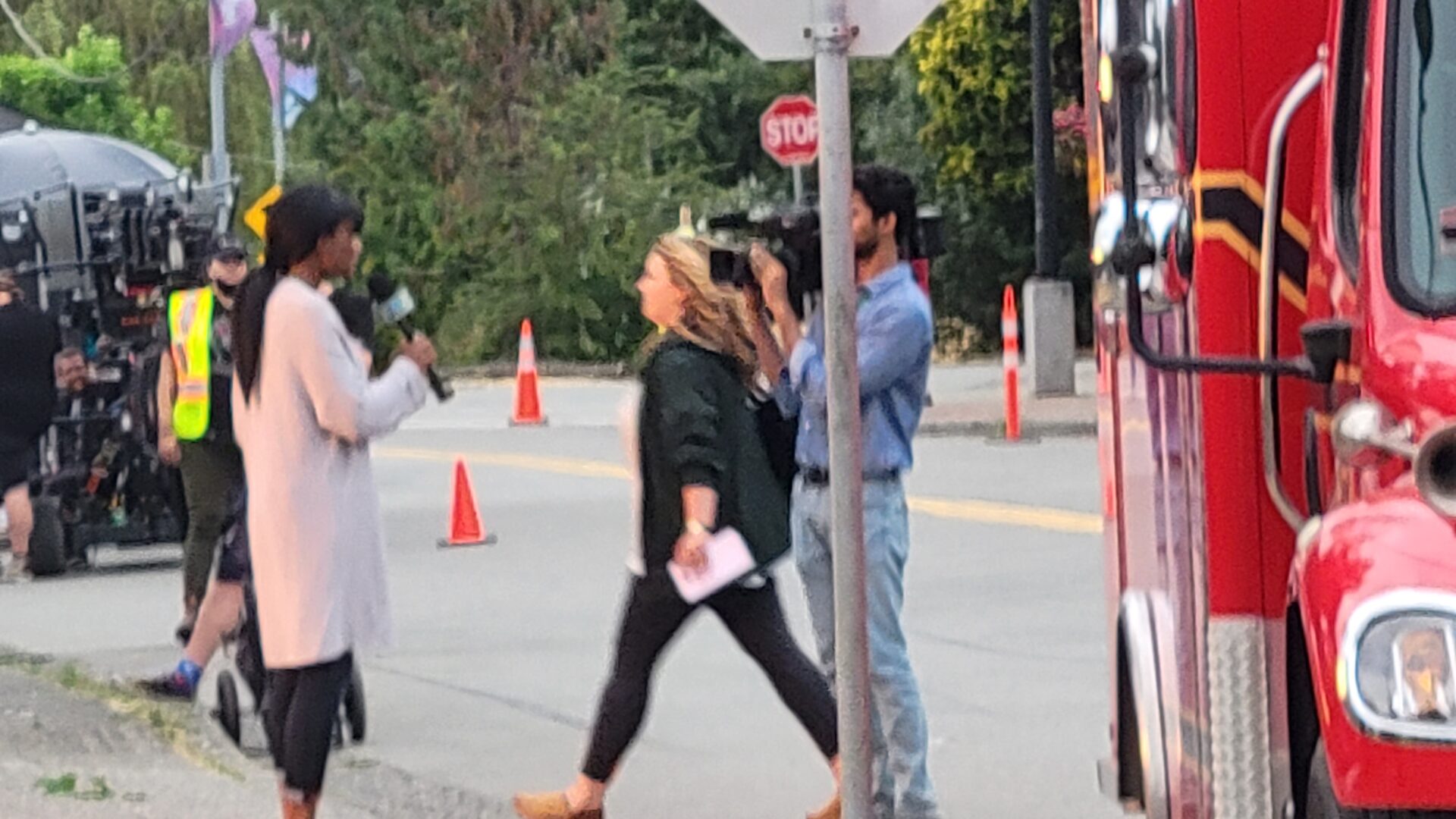 A journalist (actor) arrives on the scene/Paul Orazietti

In video recorded by Orazietti, the restaurant can be seen engulfed in flames as an Anchorage Fire and EMS vehicle is parked in front. Residents were present at the scene, filming the chaos on their phones and celebrating the long-awaited fire scene.

Rita’s Diner was assembled onsite in a city-owned parking lot at 58th A Avenue and 176th A Street. This is the same location where the gas station scene from the penultimate episode of Supernatural was shot.

The crew began constructing the set on August 2, and principal filming began on August 10. Teams will remove all remnants of the decor on August 12 before leaving town.