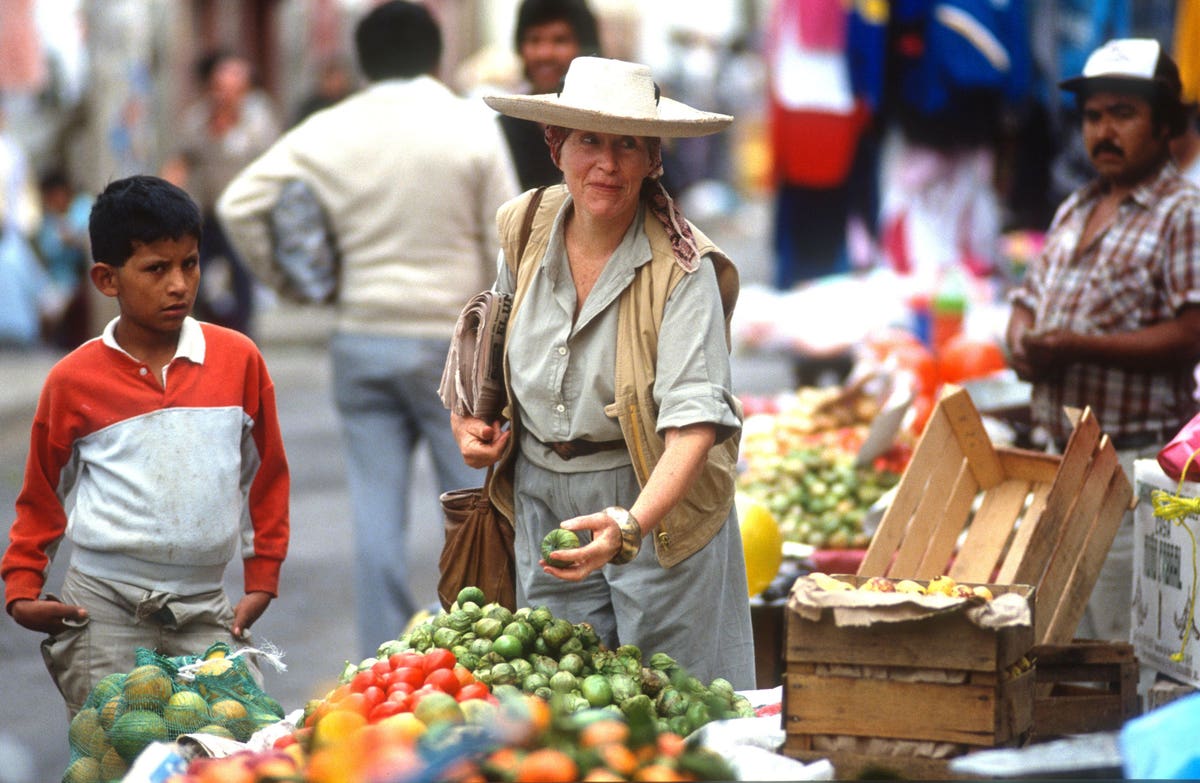 I was saddened to learn that Diana Kennedy, the foremost authority on traditional Mexican cuisine and published foodways in English, passed away on July 24 at the age of 99. She always said she would live to be 100. live forever.

Her first cookbook The cuisines of Mexico, had just celebrated its 50th anniversary in June, having sold some 100,000 copies and widely credited with expanding the global understanding of traditional Mexican cuisine. Yet, throughout social media, people (probably not Mexican) were quick to label her a neo-colonialist and accuse her of cultural appropriation. Let me clear it up for you.

Diana loved Mexico and fiercely defended our cuisine and our environment. She has produced nine published cookbooks, filled with recipes carefully selected by traditional Mexican cooks from all 32 states. Independent through and through, she drove her shitty van and traveled alone across the country, from the seaside to the sierras, to ensure that even the smallest town’s recipes and ingredients were recognized and preserved.

She tirelessly detailed endemic edible plants, their flavors and their culinary uses, in a way neither botanists nor Mexican chefs ever did. Without his work, many of these age-old ingredients and recipes would be lost forever. For her work, she received the honors of the Order of the Aztec Eagle, the highest honor given by the Mexican government to foreign nationals, and the Order of the British Empire.

For me, her tireless research and dogmatic stance on tradition affirmed itself as a young Mexican cook and, later, as a food writer and researcher.

The first time I met Diana, I was in awe. Not just because of her rock star status as a cookbook author, but because of the way she, well into her 70s, kept everyone in check. Stubborn is too soft a word for Diana. A relentless critic and perfectionist, she would never hesitate to express her disdain, even her disgust, for things that did not correspond to her views, from food to politics.

My first experience with this trait came in 1999 when, as a fledgling food writer and recent anthropology graduate, an essay I submitted to a writing competition sponsored by the University of Oxford earned an honorable mention and was published in the prestigious Culinary Notes, a serious publication on the history of food. My subject was the history of tamales.

Some copies of the publication came with a letter of congratulations, signed by none other than the great food historian, Alan Davidson. “I thought you might like to read his commentary,” he said. Enclosed in the envelope was a scathing four-page review of my essay, by Diana Kennedy. It was a miracle that I didn’t pass out.

I was lucky enough to meet her in person at the legendary Fonda San Miguel in Austin in the early 2000s. In the late 70s, Diana helped owners Tom Gilliland and his partner Miguel Ravago, the late founding chef de Fonda, to craft the menu for the pioneering indoor Mexican restaurant. I introduced myself and she, searching the shores of her still vivid memory, remembered having criticized my essay. Hours of conversation followed.

A few years later, she agreed to participate in the lecture series that I organized and helped organize with the Latin American Studies Department at the University of Texas. She adamantly refused to let us film the presentation, stating that she “didn’t want people stealing her research”, even though her slides were over 40 years old. I had hoped to visit her at Quinta Diana, the eco-sustainable home she built near Zitacuaro, Michoacan, but our schedules never coincided – or maybe she wanted it to continue. She has always suspected or been jealous of other female food writers – even Mexican ones.

After the success of Julie and Julia, I thought of doing the same with The cuisines of Mexico, of which I have two editions. But since many ingredients are only found in Mexico, and at that, in specific regions and seasons, this proved difficult to do in Texas. And I didn’t want to upset her, rather than honor her, with my attempt.

During our last visit together, I asked him to let me write his biography. “No one cares,” she said very seriously. She wouldn’t move.

In 2019, she returned to Texas to donate her collection of cookbooks, personal notes and correspondence to the University of Texas at San Antonio. During a meeting at Fonda in Austin, for the first time since I had known her, she looked frail and tired. Surrounded by adoring fans who wanted their books autographed, I chose not to burden him further.