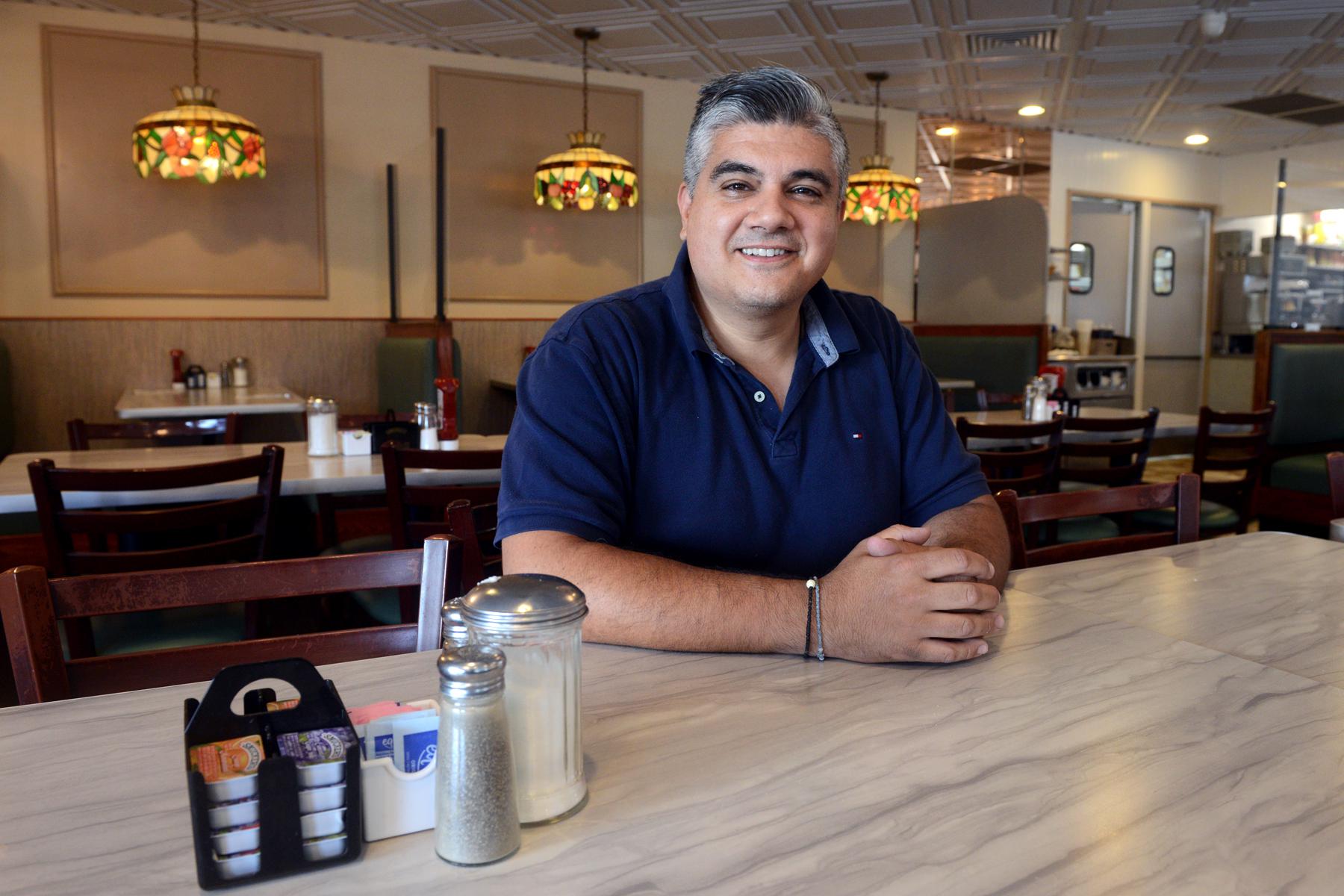 This Newtown restaurant owner couldn’t fill shifts, so he brought in kids from Bridgeport Military Academy

BRIDGEPORT – It was one of those days for Frankie’s Diner owner Nick Roussas that so many restaurateurs suffered on top of the other challenges this pandemic has piled on small businesses – he couldn’t fill his quarters with job.

In the walks an unusually composed high school student, looking for a dishwashing station or bus tables.

More impressive was the way the teenager worked – he was respectful, teachable and conscientious.

“I said to him, ‘Are there more of you where you come from?’ », Roussas remembers. “And that’s how it started. This is how I connected with these kids.

The teenager and three of his classmates who ended up working at the Barnum Avenue restaurant in Roussas are students of Bridgeport Military Academy, the southern high school specializing in public safety careers.

Disciplined and reliable, the children took the kitchen quarters that Roussas could not fill with “help wanted” advertising.

“It’s a part-time job and it’s perfect for them,” said Roussas, a father of two in Newtown, who has been involved in the day-to-day management of Frankie’s Diner since he was a teenager. “I had never had so many children working for me before. “

For Roussas, who at 21 took over Frankie’s Diner from his father when his father fell ill, getting help from the kids at the military academy is part of his unusual survival story during a COVID-19 crisis that continues to challenge the restaurant industry. In addition to beef and poultry price hikes and supply shortages that contributed to paper product shortages, Roussas had to focus on take-out and delivery.

“Instead of waitresses, I hired people to pack the orders – that’s all they do, and it worked well for me,” Roussas said. “I call them fulfillment specialists, and I have four now.”

Roussas, who moved to Newtown when he was 11 because his father wanted to raise his family on a farm, said he never expected that after 23 years of running the 24-hour restaurant. 24, 7 days a week, it would depend on the work of the teenagers.

He was so impressed with the character of the kids in the military academy that he hired other teenagers, who work according to their public high school schedule.

“They can’t work overnight and they can’t use some machines like the slicer, but they can do everything else,” Roussas said. “They’re all looking to go to college.”

Roussas was one semester away from graduating from the University of the Sacred Heart when his father’s illness forced him to return to the restaurant. Now 44, Roussas said his volunteer ties to the community of Bridgeport and Newtown gave him a sense of fulfillment he wouldn’t trade for a college degree.

“I made a lot of good relationships even though I didn’t finish college,” said Roussas, chair of the Mill Hill Neighborhood Revitalization Zone in Bridgeport and a member of the Newtown Economic Development Commission. “This is my college. “

When it comes to the children who work for him, however, Roussas remains focused on their future.

“One of the kids came to see me one day and said, ‘I want to play football, but I don’t want to lose this job,'” Roussas said, “I thought it was very responsible of him. to tell me. “

“I told him, ‘Football is important and school is important too. Go play football and do well in school and if you want that job when the football is over you will come back, ”Roussas said.