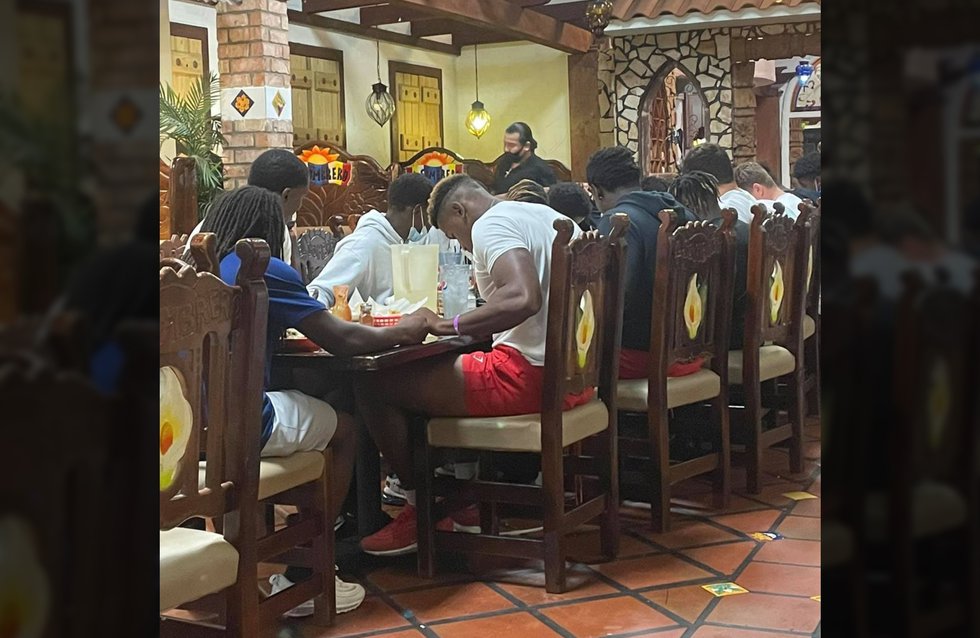 BRANDON, Mississippi (WLBT) – A photo of student athletes praying at a local Mexican restaurant has taken social media by storm.

The photo was taken by Kimberly Ingram Reed on Thursday night in El Sombrero where the woman and her daughters stopped for dinner.

As they entered the restaurant, they spotted a group of teenagers wearing Brandon football sportswear.

“One of them opened the door for us and as we entered three others who were sitting on a bench stood up so that we could sit down,” she described in a Facebook post about. experience.

She said the group of boys were kind and respectful – even thinking about how rare it was to see these qualities in teenagers these days.

The group of young men were sitting near Reed and his daughters, and she noticed that once their food was brought to them, they all “took off their hats (if they had one), and they PRAY! ”

“It spoke to me even more,” she said. “It was just 15-20 teenagers, no moms, no coaches, no girlfriends or other adults around getting them to act right. They did it by themselves because they wanted to !!! ”

She concluded by saying that she didn’t know any of the parents of the teens but, if she did, she would praise them for raising their boys the right way.

“With all the negativity going on in the world right now, it made my heart smile and gave me hope for the future !!” Reed wrote.

The photo has now been shared on Facebook more than 12,000 times and received almost 20,000 likes, with many comments on the “powerful” photo.