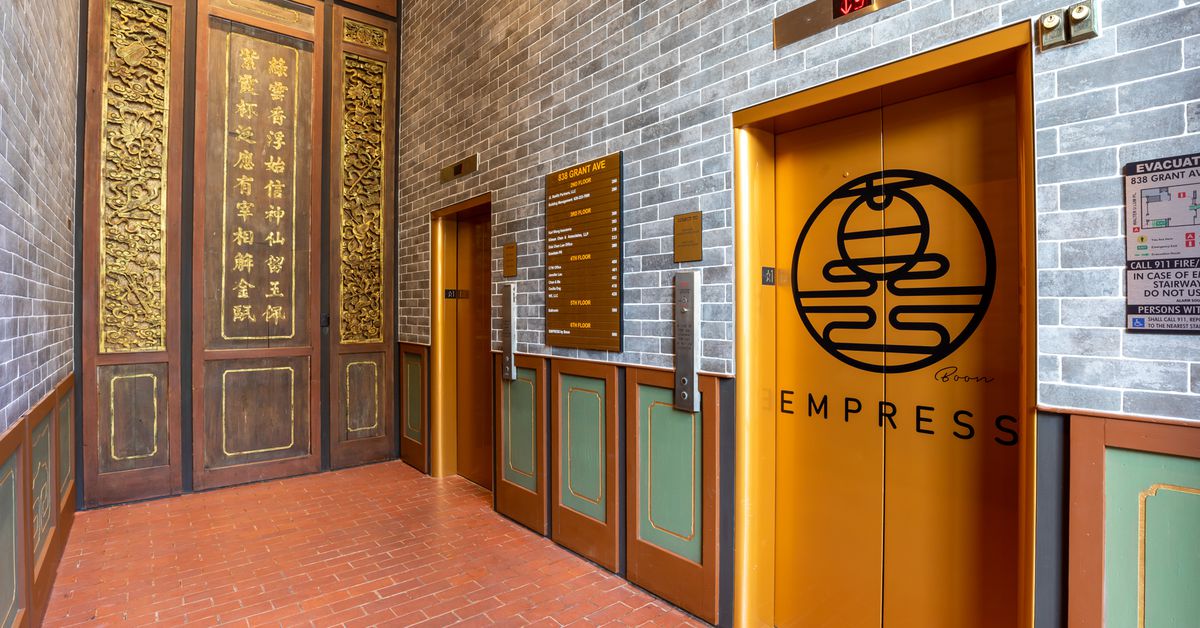 What is the dress code for New Empress by Boon in SF Chinatown?

One Friday night around 7 p.m. prime time, a diner entered the golden lobby of one of San Francisco’s hottest new restaurants – the newly opened and absolutely gorgeous Empress by Boon. According to his partner, who to be fair, says she was parking the car: The guest asked for a table for two. The host apologized, saying the restaurant was fully engaged. The guest asked if they could at least sit at the bar. The host apologized again, saying the restaurant has a dress code and even the bar requires a “collared shirt”.

“He definitely did not look disheveled,” exclaims his partner, who wished to remain anonymous because she works in the hotel industry. “He was wearing a nice sweater and dark jeans. Maybe her shoes were lacking in luster. Was he a tech worker some may ask? Why yes, he has successfully founded several startups. But he wasn’t wearing the hooded uniform and sneakers, he had switched to a sweater and slip-ons. “For him, it was dressed! We were just surprised. The couple continued to have a cocktail at Mister Jiu’s, where they had a laugh with the bartender.

According to the Empress by Boon website, the new restaurant has a dress code: “Business casual required, no shorts or t-shirts please.” But general manager James Minch would like to step in to iron out any misunderstanding about the necklaces. “We apologize! Says Minch, who is still training his newest staff. “The dress code is very simple. There are very few restrictions. He says a t-shirt goes well under a sweater or blazer, but the restaurant makes the difference with shorts and has turned down a few other parties. As in this case, he says none were deeply upset, although a few were slightly surprised.

“I wouldn’t say we’re gourmet, but we’re upscale and we want our guests to feel comfortable dressing,” says Minch. “Many people come to the Empress on special occasions, like birthdays and anniversaries.” Empress by Boon only opened a month ago, June 16, but the original Empress of China has a long history as a restaurant for special occasions long before that.

The original Empress of China, which was built in 1966 and ruled until 2014, had a dress code in the past, and for decades many considered it part of the experience in the resplendent hall. banquet. “It was part of the air and elegance of the restaurant,” recalls Pearl Tom, member of the board of directors of the Empress of China. “The Empress was probably one of the very first white-tablecloth gourmet Chinese restaurants in San Francisco… It was a place to dress.” Tom says his aunt, a renowned opera diva, performed at the grand opening ceremonies, and when she walked in for dinner, would have made an entrance in a silk cheongsam dress – with the high collar and slit side – and a mink stole. In the late sixties and seventies, men dressed and waiters wore tuxedos. For many years, the jacket and tie were mandatory, although in the last few years before the restaurant closed in 2014, they were so desperate for business that they would welcome a group of tourists dressed in T-shirts with no commentary. .

Dress codes are extremely rare in San Francisco these days. A quick check of the fanciest gourmet restaurants with three Michelin stars in the Bay Area reveals that many dress codes seem to be gone. Benu, Quince and Manresa make no mention of dress codes on their websites. Atelier Crenn answers at least the FAQ, but in the most casual way possible: “Our suggested dress code is casual-smart, a jacket is not required. We do, however, encourage you to dress up for this special evening. Even the French Laundry now advises diners: “There is no dress code, please dress comfortably!” Although on various online forums, many diners conclude that they themselves would prefer to dress casually.

But at the end of the day, we’re still in San Francisco in 2021, and tech workers love their hoodies and sneakers. To be fair, after a long year of tracksuits at home, it might seem like a huge effort to even put on your best jeans for going out to dinner. And all the details that SF diners have to plan and consider these days – getting a reservation, whether inside or out, whether to wear a mask, finding new QR codes from menu, analyze new surcharges on bills – most would never even consider checking a dress code.

“People are just happy to go out to dinner again…” said Minch. “They were very excited and understanding.” In other news, the Empress has just refreshed her prix fixe menu, which now includes XLB soup dumplings stuffed with Iberian ham and the much-vaunted crispy mini chicken in curry sauce. Take a reservation if you can. Don’t wear shorts.

Hoping for a return to Seattle’s 24-hour restaurant culture