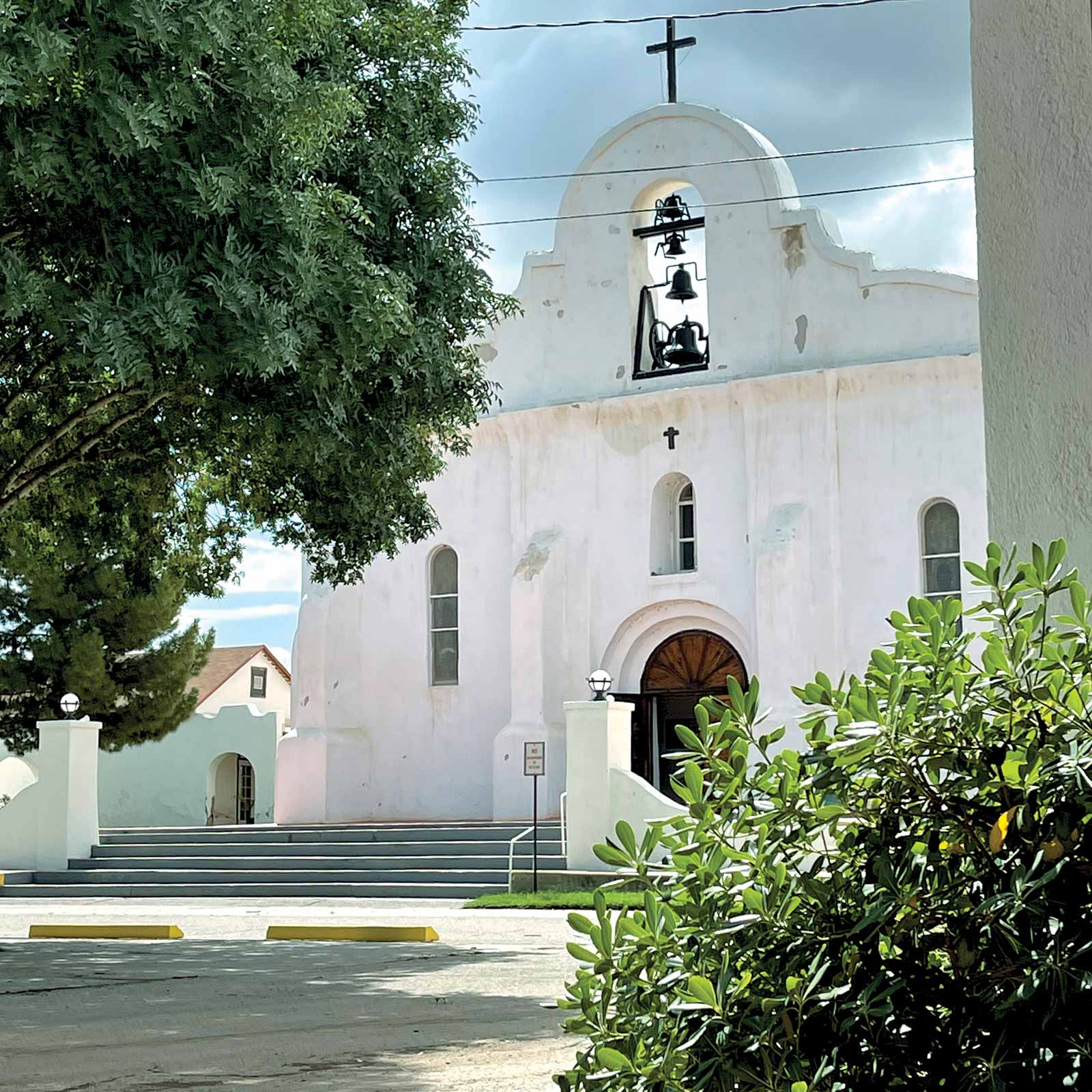 Most San Antonian residents proudly take visitors to San Antonio Missions National Historical Park, Texas’ only UNESCO World Heritage Site. But did you know that El Paso, about 500 miles away, has its own history mission path?

Indeed, El Paso’s first mission and settlement, Ysleta, was being built a century before Mission San José de San Antonio was established over 300 years ago. In El Paso, hundreds of Tigua and Piro, along with Spaniards, fled from New Mexico to Texas in 1680 following a revolt against Spanish colonial rulers by the Pueblo people.

Today, the trail incorporates four centuries of history and a cultural richness that includes American, European and Mexican influences. Visit the stunning adobe architecture as well as the stellar arts and dining scene that has grown up around them. The trail also hosts several festivals, concerts, artist talks and other experiences throughout the year. Here is an overview of what you need to know before you go.

The El Paso Mission Trail is 9 miles long and includes Ysleta Mission, Socorro Mission, and the Presidio of San Elizario Chapel. Begin first with a visit to the youngest mission, San Elizario (often referred to as San Eli). In addition to being a historic high place, the site erected as a presidio by the Spaniards in 1789 has become a real refuge for artists. Visit the mission as well as a myriad of nearby galleries and art shops that spotlight local work as well as artists at work displaying their talents with live demonstrations. On the third Sunday of every month, San Eli hosts dozens of exhibits by local artists as part of the El Paso Mission Art Trail Market.

El Bandido Cantina & Restaurant in San Elizario exudes historic gravitas and boasts the only patio restaurant on the Mission Trail. Also near the mission is the San Eli supermarket, which houses a traditional market as well as fresh aguas frescas, horchata, and a lunch counter with carnitas, barbacoa, and more. If sweets are more your style, visit San Elizario Bakery for fruit empanadas and an authentic pan dulce.

In the 17th century Mission Socorro look up to see the magnificent church’s ceilings, interiors, and painted beams. The mission (along with the others) was largely rebuilt after an 1829 flood and the ceiling is supported by poplar and cypress beams that were salvaged from the original 18th century mission and then painted. En route to Socorro from San Eli, drive along Socorro Road, stopping to visit shops such as Las Misiones Arts & Crafts, which is full of items from Mexico.

Immerse yourself in history

Last but not least, Ysleta rules as the oldest mission. During your visit, save time for the Tigua Cultural Center, which educates visitors about five centuries of Pueblo history and cultural ties to the mission. The Tigua are the oldest federally recognized tribe in Texas and the center also has retail space featuring products from current tribe members. In June, plan to attend the Feast of St. Anthony in Ysleta, an annual event that features ceremonial Tigua dancers and other performances.

For a fancy meal, try Elemi, helmed by James Beard Award semi-finalist Emiliano Marentes. The sustainability-focused kitchen sources heritage varieties of native corn, cooking and milling them daily in their field-to-table kitchen. Indulge in specialties such as the taco campesino with shiitake mushrooms and eggplant or the taco pato al pastor with grilled duck with mesquite.